Does 'American Idol' have lady problems? 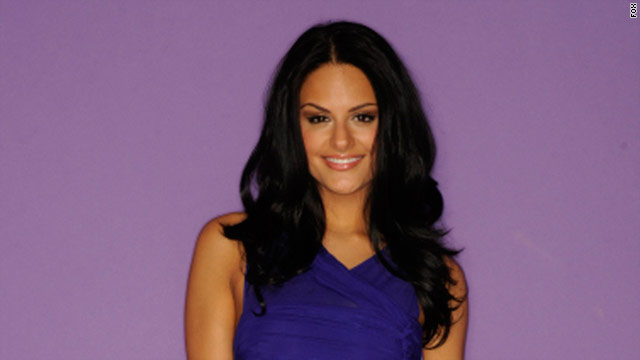 The elimination of front-runner Pia Toscano on "American Idol" has sent shockwaves through the audience.
STORY HIGHLIGHTS
RELATED TOPICS

(CNN) -- It would be so easy to blame the teenage girls.

Check out the studio audience of "American Idol," and you will see throngs of them waving signs and screaming for their favorite contestants. They are the ones who rushed the stage Wednesday night after contestant Scotty McCreery sang an Elvis Presley song to hug him and tug on his clothes.

But were the teen female fans, with their faster-than-lightning voting fingers, to blame for the shockingly early ouster of front-runner Pia Toscano on Thursday night?

"The overwhelming skewing of the males lasting much longer than the females over the past couple of seasons is definitely there, and not just with the teen girls, but the older women who get really wrapped up in the show, too," said Jim Cantiello, who covers 'Idol' for MTV.

"A lot of fans and 'Idol' bloggers have done their own independent research and have noted that once texting became a big thing on 'Idol,' a lot of the females were going earlier."

The landscape is certainly looking bleak this season for the female contestants.

Of the five contestants voted off so far this season, all have been women: Ashthon Jones, Karen Rodriguez, Naima Adedapo, Thia Megia and Toscano [Casey Abrams received the lowest number of votes during the Top 11, but the judges used their one-per-season save to keep him on the show].

That leaves only two females in the Top 8 and six males.

Richard Rushfield, author of "American Idol: The Untold Story," said the show absolutely has a strong female base of fans.

"Every piece of evidence says that the 'Idol' electorate is overwhelmingly female, and women don't seem to vote for women on 'American Idol," he said. "This season has been enormous, but it's been the case every year for about four years now that the 'Idol' voting has turned into this sort of popularity contest of your favorite cute boy."

Adedapo addressed that phenomena after she and Megia were cut last week during a double elimination resulting from the judges using their save the week before for contestant Abrams.

"When it comes down to it, the reality is that more than 50 percent of the audience is little teenage girls, and once they get a crush, we're done," Adedapo told The Hollywood Reporter.

It's hard to nail down how females factored into the voting because of the veil of secrecy that covers the competition.

Fox steadfastly refuses to release voting figures, though host Ryan Seacrest will often trumpet the total millions of votes received overall in a given week.

Brian Mansfield, who blogs about the show for USA Today, said Seacrest's silence this week on the totals led him to believe that the voting totals were down and when that occurs "weird things can happen."

Mansfield said he doesn't buy into the lack of women voting for Toscano as the reason for her shocking exit, which elicited boos from the audience and a social-networking explosion of disbelief. He said he believes it is more complex than simply a lack of girl power.

"As I think back to what my readers typically said about Pia, I saw a lot of respect for her, but I didn't necessarily see a lot love for her," Mansfield said. "I think everybody pretty much assumed that she would be in the Top 3, but most of them had another favorite."

Cantiello, Rushfield and Mansfield all pointed out the judges are also culpable in Toscano being sent home as they praised her stellar singing voice each week without hammering home her lack of stage presence until it was too late.

Mansfield said the lack of judge Simon Cowell -- who went to start "Idol" competitor "The X Factor" -- also left a void in terms of a strong opinion that fans could choose to even embrace or reject in their voting.

"The judges this year are taking a completely different approach in that they are trying to nurture everybody and give that constructive criticism that a lot of the hard-core viewers of the show have said that they wanted," Mansfield said.

"The problem is that the judges' real function historically is that they don't do a whole lot for the performers; they are there to be a guide to the voters, and that's not the new function that this new panel is taking."

Glenn Gamboa has been covering "Idol" for Newsday since the show began 10 seasons ago and said Toscano's strength -- an amazing set of pipes and poise -- may have also been her downfall.

"She kind of projected the air of 'I'm really good and I'm going to be fine,' " Gamboa said. "People were like, 'OK, then I am going to vote for someone else who I think is in trouble.' "

While the theories as to why abound, one thing is for sure: So much buzz over the shocker might be a good thing for the competition seeking to return to the astronomical ratings of yesteryear.

Writing for Forbes, Cover Awards editorial director Mark Pasetsky said, "While 'American Idol' appears to have lost one of its top contestants of the season, Pia Toscano, the reality show certainly won't lose out in the ratings department thanks to all of the attention her departure is receiving in the Twitterverse."

Even two former "Idol" contestants who were themselves victims of early elimination expressed disbelief.

"I can not believe they just eliminated Pia! ReAlly..????," Tweeted Jennifer Hudson whose seventh-place finish the third season still has fans crying foul. "Long as she walked away with that voice she will be alright !! Just hate to see talent like that go!"

Rocker Chris Daughtry finished fourth in season five despite being favored to win and Tweeted "What the crap!!?? I thought Pia was THE best singer on the show this year!"

MTV's Cantiello said Toscano's departure could go either way in the ratings with fans tuning in and voting to ensure their favorite stays or some deciding that since the "best singer" is gone there's no need.

Still, the show was a wonder this week in terms of buzz, Cantiello said.

" 'Idol' needed a big moment," he said. "I think the Casey Abrams save was a good kick-start, and this is just going to make it all the more interesting."