Cover story: Reality bites after the lights go out 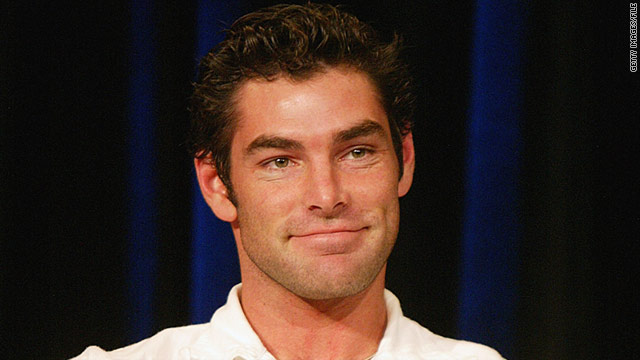 (CNN) -- It's been almost a decade, and Evan Marriott still has difficulty getting a date.

The handsome construction firm owner who in 2003 helped bring in monster ratings for the hit Fox show "Joe Millionaire" says his brush with reality television fame has hardly been a bed of roses after the cameras stopped rolling.

"I went through a pretty bad depression and paranoia, even in recent years, because I was constantly under a microscope," Marriott said. "I would go to dinner and then read about what I ate the next day in the tabloids. It just kind of makes you look over your shoulder and say, 'Who's looking at me? Who's watching me?' "

With the continued success of the "Jersey Shore" gang and the proliferation of series that thrust ordinary people into the limelight, it's not surprising that thousands try out each year in the hopes of becoming the next big star of the small screen.

By making the right career moves, a reality star can branch out to other series (such as the MTV variations like "The Inferno" and "The Real World/Road Rules Challenge," designed to employ former stars), score a spinoff (like Lauren Conrad did after appearing on "Laguna Beach") or even receive an invitation to become a part of another franchise ("Real Housewives of Atlanta" cast member NeNe Leakes is scheduled to appear on the upcoming season of "Celebrity Apprentice.")

There is also a ton of money to be made in projects connected to the shows or the stars. "American Idol" contestants have sold millions of records, some reality stars like Snooki of "Jersey Shore" have written best-selling books, and others like Season 5 "Biggest Loser" winner Ali Vincent have landed lucrative endorsement deals.

But what happens after the lights go out, the shows are off the air and fans have moved on to the next reality show villain or happily-ever-after couple?

If you are Marriott, you try to return from reality to real life.

More than 40 million people tuned in to watch him sort through a gaggle of women who believed he was a wealthy suitor looking for his Cinderella, only to learn that he was not a millionaire. The final woman standing, Zora Andrich, split a million-dollar check with Marriott, though the pair did not end up together.

Suddenly, Marriott was everywhere, giving interviews to talk shows and being photographed by paparazzi.

"It's probably one of the top five most amazing things that ever happened in my life, in that I literally went to bed Evan Marriott, and I woke up 'Joe Millionaire,' " Marriott recalled.

"I woke up in New York City after the show had aired the night before, and traffic had come to a stop because people were rolling down their windows to say hello to me. I'm looking around and going, 'how do these people know me?' And one of the guys who worked for Fox said, 'Welcome to television.' "

Years later, he still gets recognized often in Orange County, California, where he lives. He said it's true that women judge him based on his appearance on the show, but he doesn't regret the "many wonderful people" he has met since television made him recognizable.

He does wish he had made better choices with his financial windfall, having given away thousands of dollars to virtual strangers.

"I think I gave out of guilt because subconsciously, I didn't think I deserved that money," he said. "I gave to worthy causes like charities and such, but if I heard someone was having car trouble, I would give them money to help them out."

Like Marriott, many reality stars have had to go from being famous to living their lives with the recognition but without the cameras.

In 1996, Joe Patane starred in the fifth season of the groundbreaking MTV franchise "The Real World." As a member of "The Real World: Miami" cast, Patane received criticism for everything from his Brooklyn accent to his relationship with his girlfriend, Nicole, whom he proposed to on the show.

"You think the attention will go away as soon as the cameras stop rolling," Patane said. "But the reality of the situation is, it doesn't, and I actually hibernated for a time because I couldn't go outside without people making comments about the most recent episode or my relationship they didn't agree with."

The argument could be made that aspiring reality stars know just what they are signing up for when they enter the fishbowl. But Patane, who like Marriott said he suffered from depression and sought treatment for it, said there is no roadmap for the journey from everyman to TV star.

"I would go outside, and people felt perfectly comfortable voicing their opinions about my relationship because they felt like they knew me from TV," said Patane, who eventually ended his engagement. "People are seeing events from weeks or months earlier that have been cut up and edited, and they make you into a character."

Patane said he hid for more than a year to get over the experience. It was therapeutic for him to write a book about his experience (the first one by a cast member that was authorized by MTV), and he eventually got over his fear of cameras.

Now a successful businessman and philanthropist, Patane said he is able to put it all in perspective and understands others' desire to continue appearing on other shows, though he's declined to do so.

"I guess it's trying to keep the 10 minutes of fame going and whatever prizes or prize money you can win," Patane said. "Fame is addicting, and the attention can be addicting if you need that, but what you win is not at all worth what you potentially have to give up."

"There are striking similarities between reality TV stars and substance abusers," Vaknin said. "They become addicted to their own celebrity."

Some reality stars have ended up in trouble with the law and on self-help reality shows like "Celebrity Rehab" and "Sober House."

Vaknin said there could be the compulsive pursuit of the attention that comes along with celebrity -- sometimes with the "ever-growing audacity of acts" to be noticed -- and the gravitation toward professions that will keep them in the limelight.

"Most of them don't end up being professors at a university," Vaknin said. "They end up being TV show hosts or greeters in clubs or professions which would render them memorable."

Tami Roman recently returned to reality television after almost 20 years off the grid. Back in 1993, she appeared on "The Real World: Los Angeles," which was the second season of that franchise. These days, she can be seen on VH1's "Basketball Wives."

She said it took her a while to adjust to life with autograph-seekers and fans. During her "Real World" stint, Roman allowed the cameras to capture her decision to abort a pregnancy and the aftermath, and such transparency led to an uncomfortable encounter with her then-young daughter.

"My daughter Lyric and I were walking through the Beverly Center, and a woman came up to us and said, 'Oh, my God, Tami from "The Real World." I love you,' " Roman said. "It started off really nicely, and then she turned and said, 'Is this the daughter you had the abortion with?' At the time, my daughter was like 7 or 8, and abortion wasn't a topic we had discussed."

Roman, who has been very open on "Basketball Wives" about falling on financial hard times and her tumultuous relationship with her ex-husband, former NBA star Kenny Anderson, said she decided to return to reality TV to share her story of survival.

"When I did the abortion episode on 'the Real World,' I really didn't know the impact that episode had on people, because we didn't have a Facebook page, Twitter and all the blogs," Roman said. "Now, the minute you do something, everyone is talking about it."

Paige Miles can relate. The former Houston preschool teacher was plucked from obscurity last year on the mother of all reality shows, "American Idol."

Then-judge Simon Cowell dubbed her one of the best female contestants, and she made the Top 12 but was the second contestant eliminated after contracting laryngitis and being slammed for poor song choices.

Now, Miles is working on a debut album with Grammy-nominated producer Micayle "Mack" McKinney and getting used to life after the show.

"It's cool sometimes to have the fan interaction and to hear from them what they think," she said. "People stare, and I have to remind myself why they are staring."

"Idol" provides great opportunities for aspiring artists, she said, but Miles is doubtful she would do any other reality TV.

"The producers have so much control, and they can make you look however they want you to," she said. "Some of those reality shows can get pretty crazy."

"Joe Millionaire" star Marriott agrees. Producers would practically have to "back a Brinks truck" up to his door to get him back on television these days.

With shows like "The Bachelor" and others that trade on the same hoped-for fairytale ending Marriott's show first pedaled, he said, he has definite feelings about being a part of the reality show legacy.

"I once had an interviewer ask me how it felt to be a pioneer of reality television and the person who started it all," Marriott said. "My response was, 'If I started this, I am absolutely embarrassed.' "