Can a reboot save 'American Idol'? 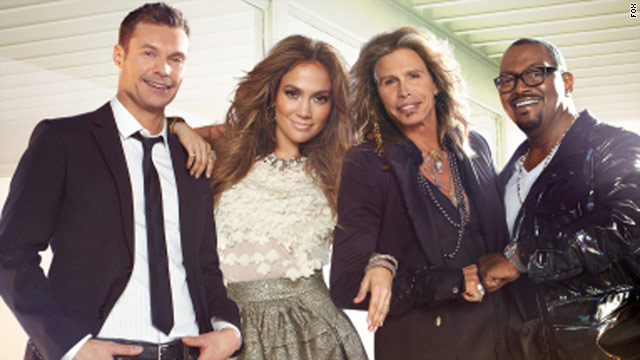 (CNN) -- Sure "American Idol" is returning, but is it coming back any better?

As the country's No. 1 TV show returns Wednesday night for its 10th season, there's been lots of focus on what will be different this year: Star judge Simon Cowell is out as well as Kara DioGuardi and Ellen DeGeneres, while Jennifer Lopez and Steven Tyler are in as new judges and industry impresario Jimmy Iovine is on board as a mentor.

And that's just some of the changes.

The age to audition has been lowered to 15, and fans reportedly will be able to vote online. There is talk of a new set and allowing the contestants to interact more with the audience through social networking, whittling down the semifinalists quickly by going directly from the Top 24 to the finalists and bringing in producers from various genres, including hip-hop, to work with aspiring artists.

But for all the newness of "American Idol," what viewers really crave -- especially after last season -- is for the show to get back to the business of finding talented, charismatic contestants who are able to launch a successful music career.

"I think the most important thing won't even happen until the end of the season," says Richard Rushfield, author of the new book "American Idol: The Untold Story. "I think they need to produce a superstar. They haven't produced someone who's playing arenas since Chris Daughtry, and that's been five years ago now."

So less focus on whether Lopez will be a diva and more on finding a singer who can be crafted into a viable artist.

Not that the judges should be overlooked. Rushfield says having a panel of judges who work well together and connect with the audience is just one of the elements that need to align for the show to kick it up a notch.

Yet when it comes down to it, the singers are what draw viewers. Jim Cantiello covers the show for MTV and agrees that "Idol" needs to get back to its roots.

"They have the luxury of creating a conversation around it by adding all of these changes and the new judges, but if they don't have the talent there, no one is going to care," Cantiello says. "They need to really step it up and find people who America will fall in love with."

He adds, "America needs to fall in love with several contestants, not just one so it can be invested in the show again because that's what made 'American Idol' the water cooler and No. 1 show for years and years."

This season's retooling comes in the midst of an aging "Idol's" slide in the ratings the past few years. According to Nielsen data, the show peaked in 2006 when close to 36 million viewers tuned in to the season finale. Last year's finale ratings were down about 18 percent from the previous year.

Many blamed the numbers this past year in part on a lackluster season nine, which had many fans crying foul. MJ Santilli runs MJ's Big Blog, one of the most popular for "Idol" fans, and she says there is a simple fix that could help reinvigorate viewers.

"Make sure that the focus is on the contestants, cast the show well and cast it with people who are not only talented but are good TV," she says. "That was the problem last year that they got a bunch of people who were just boring, though not untalented."

That, coupled with a judge's panel that didn't work at all last season and the fleeing of Cowell to launch his new show, "The X Factor," led to speculation that "American Idol" is on its way out.

Keeping it in perspective, "Idol" is still the No. 1 show on television and not doing too shabby given that it has been around for almost a decade. Dave Bakula, senior vice president of analytics for Nielsen Entertainment, says the show is so huge that it could lose a bit of ratings share and still be the biggest thing on the air.

The "Idol" empire has a far-reaching effect, he says, including in the sales of music from mentors and the songs contestants cover, so there is a lot riding on its continued success.

"It's more than just a show; it's an event which goes on for many weeks," Bakula says. "It really is a cultural phenomena that people are talking about the next day."

But having such a place in the pop culture zeitgeist can also come with a cost. Fans of the show can be its biggest critics because they are so emotionally invested.

"People feel like this is their contest and they control it," he says. "If they feel like it's being manipulated or taken out of their hands, then they react to that very badly."

And with "Idol," viewers vote with their dollars as much as they do with their phones.

Finding the next Carrie Underwood or Kelly Clarkson could be a huge challenge given the current state of the music industry. Record sales in general are down, and according to Nielsen Soundscan, last season's winner, Lee DeWyze, sold 39,000 albums his first week, making him the lowest-debuting "Idol" contestant or runner-up ever.

Shirley Halperin, music editor for The Hollywood Reporter who has written the book "American Idol: Celebrating 10 Years," says the industry is much different than when Clarkson was crowned winner in 2002. Singles have replaced albums in popularity, and winning "Idol" does not guarantee a stellar career.

Halperin says "Idol's" new partnership with Universal Music Group (which replaces a long-standing deal with Sony) hopefully will bring an infusion to the show, which initially began with a straightforward mission: finding music's next big star. "Last season was very predictable," she says.

"This year we've got hip-hop producers, pop producers and new songwriters being brought in for these kids, and I expect to see something exciting."