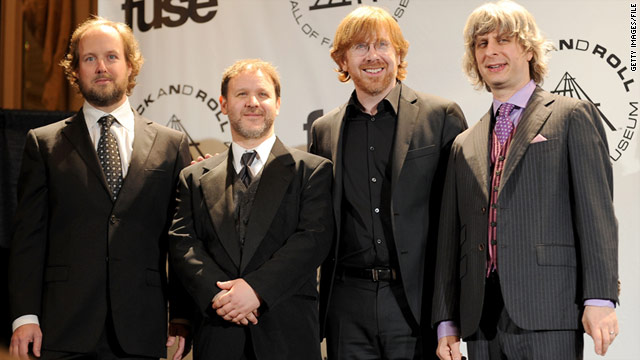 The band Phish has not performed in Vermont since 2004.
STORY HIGHLIGHTS
RELATED TOPICS

(CNN) -- Phish will play a benefit show for Vermont flood victims on September 14, the jam band' said on its website.

The concert will be held at the Champlain Valley Exposition in Essex Junction, Vermont. Limited ticket sales have started on the website and will be available via a lottery system.

"We are honored that there is something we can do to hopefully to help out in some way," keyboardist Page McConnell told CNN affiliate WCAX on Tuesday.

The band is working in conjunction with its philanthropic entity, the WaterWheel Foundation, as well as the Vermont Community Foundation to put on the event. The band hopes to donate all show proceeds, McConnell said.

"These concerts are very expensive to put on. ... If we can get people to cover the expenses of putting on the concert, then we can give 100% to the relief fund," he added.

Vermont was one of the hardest-hit states as Irene made its way up the East Coast. Many communities in the small state were cut off as floodwaters washed away roads and bridges. President Barack Obama declared a disaster in Vermont, making federal grants and aid available to residents who suffered losses.

The benefit will be Phish's first show in Vermont since 2004.

"We think it's a really nice way to come back and give back to a state that has given us so much," McConnell said.