MTV VMAs: From Courtney to Kanye, why I know to expect the unexpected

By Dave Sirulnick, Special to CNN 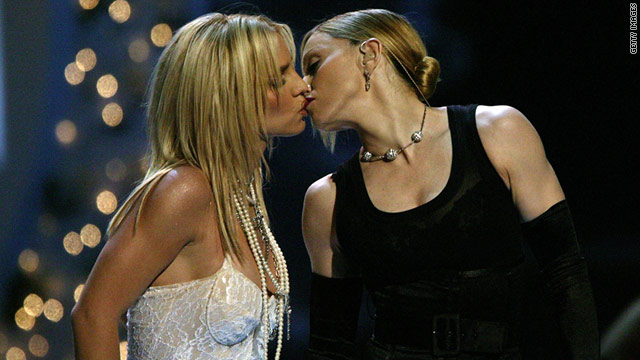 Editor's note: As executive vice president of news and production for MTV, Dave Sirulnick oversees MTV's News and Docs department. In 1999 he also took on the role of executive producer of the Video Music Awards and continues to do so annually. Before joining MTV as news producer in 1987, Sirulnick produced segments for CNN.

Watching the show with my roommates from our off-campus apartment, Madonna's wedding gown-clad, iconic performance of "Like a Virgin" made an indelible stamp on me.

I saw what an unexpected, dynamic television performance could do to elevate a show and an artist, and absorbed it all as the VMAs infiltrated pop culture.

I finally made it to the third VMAs, covering the show for CNN. It was a bi-coastal event that year, and I was in New York at The Palladium. Amid a torrential downpour, I stood alongside 40 or so reporters vying to get interviews with artists like Mr. Mister and Pet Shop Boys as publicists tossed swag to keep us happy.

MTV's VJs like "Downtown" Julie Brown and Mark Goodman hosted the show, and Dire Straits took home "Video of the Year" for "Money For Nothing." The cultural impact of the VMAs and the network as a whole was undeniable: MTV was in the middle of transforming the music and entertainment industry. I wanted to be part of that energy, and by 1987, I was.

VMAs have always been a mix of incredible planned performances and unexpected moments. In 2000, we surprised the audience as an army of blond Eminem clones marched into the show as the rapper sang "The Real Slim Shady." In 2003, we reached into our past as Madonna reprised her first VMAs performance. But this time, she was the groom and Britney Spears and Christina Aguilera were rocking the white wedding dresses. In a surprise moment for all of us, they closed their performance with one of the most memorable kisses in pop culture history.

Another big surprise for our team, much to the chagrin of PETA, came in the form of a meat dress in 2010 as Lady Gaga brought her unique sense of style to the stage.

Sometimes the show is all about timing.

For example, in 1995 we had just started an interview outside the show with Kurt Loder and Madonna while the VMAs were still on-air. Our crew caught sight of Courtney Love walking down the street by herself, headed straight toward us. She started yelling, trying to get our attention, and then began throwing her make-up one piece at a time up at Kurt Loder and Madonna. On camera, Kurt said "Courtney is throwing stuff at us." From inside the production truck, the producers encouraged Courtney to join the interview. Courtney stumbled up the stairs and onto the stage, interrupting Madonna, and the rest is VMA history.

The VMAs have a legacy of being one of the most memorable nights in music, and our incredibly talented team does whatever it takes to bring the biggest moments and most talented artists to the stage. Booking the perfect mix of those performances can sometimes come down to the wire, though. Twelve days before the show in 2008, we still hadn't locked in our perfect closing act. At the time, I was on my way to Colorado to cover then-Sen. Barack Obama's acceptance speech at the Democratic National Convention.

I called Kanye West and as it turned out, he was already in Denver. He picked me up from the airport and we spent the ride listening to rough demos of a new song he was working on. From the second I heard it, I knew this was the big, closing performance we wanted for the show. I shared our team's vision of that year's event and some sketches of the set and we talked through what his performance could look like. A few days later we were both in L.A. in advance of the big night. Our team went to work finalizing the details, and he went to the studio and finished "Love Lock Down," knowing that he'd be sharing it with the world for the first time just a few days later at the VMAs.

For all the great moments, sometimes things go wrong. I'll never forget the moment in 1991 when the lights went out during one of Kurt Loder's live interviews, keeping the entire audience in the dark. Janet Jackson was in the middle of giving a heartfelt tribute to Aaliyah when the prompter went out in 2001. The same year, we left U2 hanging, literally. The band was 20 feet above the stage and ready to descend. Just as we announced their performance live on television, the band's power source went out. The band couldn't play, so all we heard was Bono joking that MTV didn't pay the electric bill.

In 2004, we thought it would be a great idea to bring out the children of the presidential candidates. As the audience started to boo, we quickly realized that wasn't what the viewers wanted out of their VMAs.

I've now had the letters "MTV" in front of my job title for 24 years and can tell you that this is a network that doesn't grow up, or old, with its audience -- and neither do the VMAs. The show is constantly evolving, and our audience expects change, innovation, risk and creativity from us. It takes the effort of hundreds of people combined with dedicated artists to plan, create and share amazing moments like when Pink! sang "Sober" from a trapeze high above the VMAs' stage or when Taylor Swift sang "You Belong With Me" as she ran up from a New York subway car to take over 6th Avenue.

But, we also know that we need to create the right formula for unexpected moments, which means getting the right mix of people in the same room with the perfect music for a memorable night.

This year's entire show is re-imagined for today's generation of viewers. The show will open with Lady Gaga, followed by a night of incredible performances by Beyoncé, Adele, Bruno Mars, Lil Wayne, Chris Brown, Pitbull and Young the Giant. The legendary Tony Bennett will present a special tribute to Amy Winehouse. And, we will be watching along with the rest of the world to see what surprise moments steal the show.

From a leaky tent outside the Palladium to the highly designed, immersive time portal environment viewers will see this year, the VMAs have absolutely evolved through the years. The constant, though, are the talented artists who take over the VMA stage, capturing our audience's attention with legendary, iconic moments that will be remembered for years to come.