By Angel Laws, Special to CNN 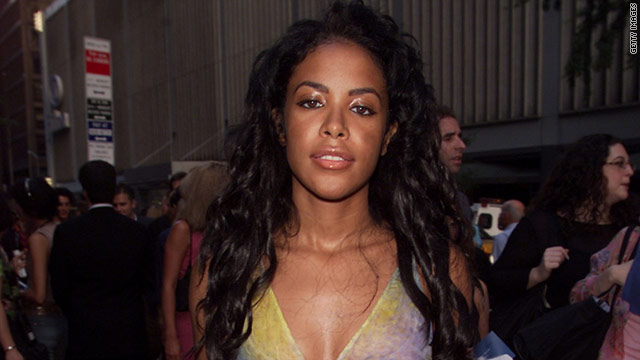 Aaliyah Dana Haughton was only 22 when she and eight others died in a twin-engine plane crash in the Bahamas.
STORY HIGHLIGHTS
RELATED TOPICS

Angel Laws is the editor in chief and creator of ConcreteLoop.com. August 25 marks the tenth anniversary of the death of singer and actress, Aaliyah.

(CNN) -- It's been a decade since the tragic death of R&B star and budding actress Aaliyah Dana Haughton.

Just 22 years old at the time of her death, she was in the Bahamas heading back to the States after wrapping up her 2001 music video, "Rock The Boat."

Born in Brooklyn and raised in Detroit, she quickly garnered a fan base in the early '90s with her original take on R&B music. Working with industry greats like Missy Elliott, Timbaland, R. Kelly and more, she topped the charts with a slew of hits, including "Back & Forth," "Age Ain't Nothin' But a Number," "Are You That Somebody" and "We Need A Resolution".

Aaliyah's standout fashion sense made her a hot commodity among the fashion crowd: She modeled for Tommy Hilfiger, who showcased her tomboy appeal -- baggy jeans and a tight-fitting shirt -- and was featured on the covers of many magazines with that trendsetting hair swoop over her left eye.

Her influence on the music game is still relevant today. She has inspired artists from singer-rapper Drake to pop superstar Beyonce. Ciara, who is best known for her singing and dancing moves, has an Aaliyah-inspired stage presence and dressing style.

Singer-songwriter Tank, who worked closely with Aaliyah on her last two albums, spoke with Concrete Loop earlier this year about where she would be right now if she were alive. "She would be at the top and there would probably be a few people who wouldn't have careers," he said.

If you think about it, she was already on top. At the time of her death, she had three top-selling albums under her belt, many nominations and awards and was slated to have a big role in "The Matrix Reloaded" and "Matrix Revolution" movies.

She had just completed her work on the film, "Queen of The Damned" and was already being sought after for other movie roles. Not to mention, she had a solid and loyal fan base. However, the rest of her journey to superstardom just wasn't meant to be.

A month before her untimely death, Aaliyah granted MTV's show "Diary" behind-the-scenes access to her fast-paced life and said, "I am truly blessed to wake up every morning to do something that I love; there is nothing better than that."

She continued, "Everything is worth it -- the hard work, the times when you're tired, the times when you are a bit sad. In the end, it's all worth it because it really makes me happy. I wouldn't trade it for anything else in the world. I've got good friends, a beautiful family and I've got a career. I thank God for his blessings every single chance I get."

So, on August 25, blast Aaliyah's timeless music loud and remember her for being a trendsetting force in fashion and for helping to redefine and take R&B music to another level.