Lady Gaga's 'Born This Way' cranks up the crazy 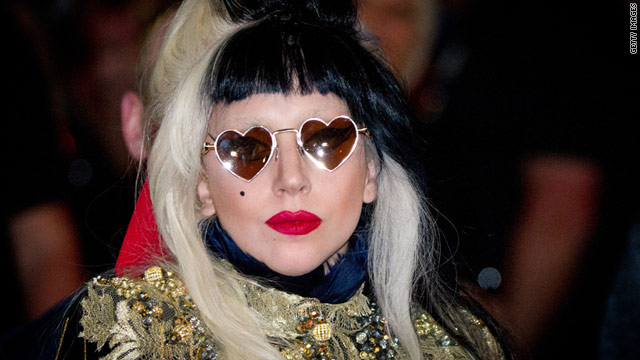 (Rolling Stone) -- It's one thing to sing about a motorcycle, and it's another to sing about a unicorn. But when you put your motorcycle song and your unicorn song in the same song? And call it "Highway Unicorn (Road to Love)"? Now that's a pop visionary.

Lady Gaga knew it was time to crank up the crazy, and she didn't hold back: "Born This Way" is her Eighties arena-rock move, going for maximum goth Catholic bombast. The whole album thumps like the soundtrack to a lost "Eddie and the Cruisers" sequel, one where Eddie gets crucified by Roman soldiers, while Gaga stands under the cross weeping and sending dirty texts to the DJ.

"Born This Way" has all the electro-sleaze beats and Eurodisco chorus chants that made her the Fame Monster. But the big surprise is the way Gaga pillages the Bon Jovi, Pat Benatar and Eddie Money records of her childhood. In the 1980s, radio was full of tormented Catholic kids, from Madonna to Springsteen. Gaga clearly grew up on that stuff. She doesn't just give her Springsteen homage "The Edge of Glory" a sax solo -- she gets Clarence Clemons himself to play it.

All over "Born This Way," she takes on the big topics dear to her heart: sex, religion, muscle cars, her hair. She sings in French, German, Spanish and whatever language wants to claim "punk-tious." She seduces men, women, deities and dead presidents. ("Put your hands on me/John F. Kennedy" -- hey, it rhymes.) And in "Heavy Metal Lover," Gaga purrs the immortal pickup line "I want your whiskey mouth/All over my blond south."

Some songs are already familiar -- at this point you could hum the Tarzan-boy yodels of "Judas" in your sleep. But the singles gain resonance on the album, where they're surrounded by similar-minded psychosexual turmoil. "Born This Way" pulls an expert (expletive)-stole-my-look on Madonna's "Express Yourself." But that isn't even the most brazen Madonna rip here: That honor goes to "Judas." And if you thought the Catholic angst of "Judas" was over-the-top, check out "Bloody Mary," where Gaga does the Stations of the Cross to a Chic bass line.

What makes "Born This Way" so disarmingly great is how warm and humane Gaga sounds. There isn't a subtle moment on the album, but even at its nuttiest, the music is full of wide-awake emotional details. The friendliest cut is "Yoü & I," her love song to a "cool Nebraska guy." She has been playing it live for a while, but who knew she would let Mutt Lange put "We Will Rock You" drums all over it? Or bring in Queen's Brian May to play guitar?

All that excess just amps up the emotion in the song, especially when Gaga wails, "There's only three men that I'm-a serve my whole life/It's my daddy and Nebraska and Jesus Christ." Gaga loves overheated cosmic statements for the same reason she loves dance pop and metal guitars -- because she hears them as echoes of her twisted rock & roll heart. That's the achievement of "Born This Way": The more excessive Gaga gets, the more honest she sounds.