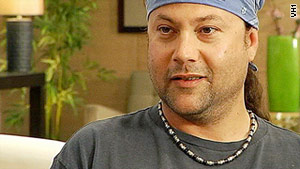 Police said they responded to a call Tuesday of a possible death at a residence. The cause and manner of death were not immediately available.

Starr's former Alice in Chains band mates, Jerry Cantrell and Sean Kinney, released a statement, offering their support for his family. The band's original singer, Layne Staley, died from a drug overdose in 2002.

"Jerry and Sean are mourning the loss of their friend and ask that the media respect their privacy -- and the privacy of Mike's family -- during this difficult time. Their thoughts & prayers are with Mike's family," it read.

He appeared on the third season of "Celebrity Rehab with Dr. Drew."

"Devastating to hear of Mike Starr succumbing to his illness. So very sad. Our prayers are with his family," the doctor wrote on his Twitter page.