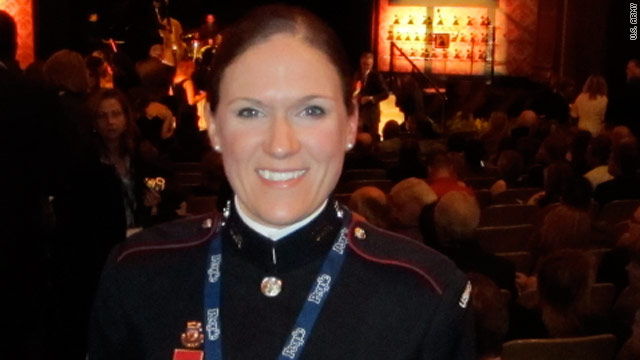 But Staff Sgt. Brandie Lane is returning to West Point clutching the golden hardware. The new soldier is living the Hollywood dream: She won a Grammy Award.

Until she joined the U.S. Army last summer, Lane worked as head audio engineer at Sono Luminus, a record label in Winchester, Virginia, that specializes in classical and jazz music. And Sunday night, she won a Grammy for the Best Engineered Album, Classical category.

Lane was one of four engineers to work on Quincy Porter's album "The Complete Viola Works" and was in charge of mixing and mastering the album. She was hired by Sono Luminus right out of the University of Miami in 2006.

She's now an audio engineer for the West Point Band. "I'm envious they got her but very proud," said Daniel Shores, the label's managing director.

Lane was also the engineer on two other Grammy-nominated albums from the label. The Grammy for the Porter album is the first for the Sono Luminus label.

Lane attended the ceremony at Los Angeles' Staples Center in a black gown, a stark contrast to stars' fashions, such as the translucent egg shell that Lady Gaga featured on the red carpet. She went to Saturday's special merit awards dinner in her formal Army band uniform, called "Concert Blues."

"The whole experience was literally a dream come true. Being honored among colleagues and living icons was purely inspirational," Lane said in a West Point news release Monday. "I'm forever grateful to all those who have helped me and guided me through this aspect of my life."

Almost as big a thrill as winning the Grammy was the chance to see Julie Andrews in person. The 75-year-old actress and singer received a Lifetime Grammy Award.

"Julie Andrews is still as gorgeous as she ever was," Lane said. "She's the classiest woman in the world."

Lane said she'd like to have a career in the Army but hopes to do some freelance work in the commercial music business, which her commanders at the West Point Band encourage.

One thing she hasn't decided is where she'll put her golden gramophone. Her place is a little small, she said, but she'll "figure it out."