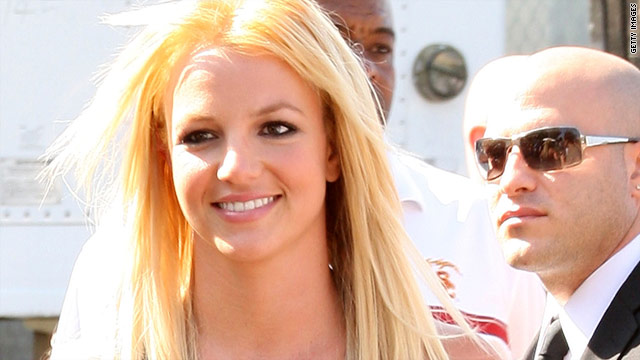 (RollingStone.com) -- Britney Spears announced today that her new album, due March 15, is titled "Femme Fatale" -- but the superstar singer and her Los Angeles producers are still choosing songs and determining the final direction of the overall sound.

"We're in the middle of it right now. It's a little bit fluid right now. I can't even say at this stage what songs for sure are making it and what songs aren't. We're working with a lot of producers and overseeing it with her A&R and record label and management and trying to make something cohesive."

The album, of course, will contain "Hold It Against Me," co-written by Dr. Luke, Martin and Bonnie McKee, the hot songwriter who penned Katy Perry's "California Gurls" and Taio Cruz' "Dynamite."

Spears' new single made its debut on the pop charts in mid-January at No. 1, before dropping to No. 6 last week.

Originally, Dr. Luke and Martin, the Swedish songwriter behind some of Spears' biggest hits, including "...Baby One More Time," planned to give the song to Katy Perry.

"We might have played it for her, but it definitely wasn't a Katy Perry record," Dr. Luke says by phone from Conway Recording Studio in Los Angeles. "We had it for a while. I wanted to make sure it didn't sound like everything else I've done. I brought it into Billboard, and he just killed it. It can be hard in the verse, and the bridge is super, super hard, but the chorus is super-pop. You can play that chorus acoustically on a guitar and it's still going to sound great."

RollingStone.com: Rob Sheffield's four-star review of "Hold It Against Me"

Top 40 radio stations continue to spin "Hold It Against Me" in regular rotation.

"It feels like a really obvious, easy-to-listen-to first single," says John Ivey, program director for KIIS in LA, which played the song once an hour the first day it came out. "You hear all those little parts that are so Britney -- 'here's the video-breakdown-dance part of the song.' That's what my listeners love about her."

Although her 2008 album Circus sold fewer than 2 million copies, not a huge number given Spears' history of blockbuster sales, retailers have high hopes for the March release.

"[Circus] ended up doing well, but we were a little cautious about it -- a little tense comeback issues were going to be relevant," says Mark Hudson, music buyer for Trans World Entertainment, who predicts the new album could sell 500,000 copies in its first week. "But this time around, her stock is higher."

Dr. Luke also noted that he and Martin, the executive producers, plan on working on several songs directly in addition to "Hold It Against Me."

He also confirmed Bloodshy (who co-produced Spears' classic "Toxic") and Benny Blanco (who worked on Ke$ha's "Tik Tok" and Perry's "California Gurls") were among several big names who would make production appearances.

So far, Spears has dropped by the LA studio two or three times to lay down her vocals. "Britney's really fast," Dr. Luke says. "She gets it done."