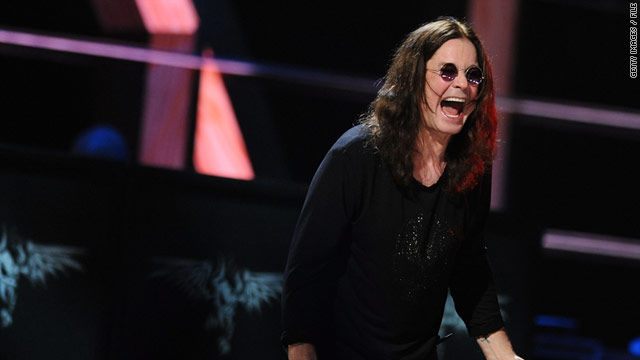 "Based on advice from doctors, it is with great regret that Ozzy Osbourne is postponing his show ... at the Reno Event Center," Chris Martinez with Live Nation said in a statement. "The multi-platinum Rock & Roll Hall of Famer cannot perform ... due to a sudden illness."

The statement did not elaborate on what ailed Osbourne.

The concert has been rescheduled for April.

The 62-year-old rocker, who occasionally sings with his original band Black Sabbath, has an active solo career and is in the middle of the U.S. leg of his Scream tour, which will also take him to Latin America and Europe.

Osbourne gained a new generation of fans in the last decade with his hit MTV reality series "The Osbournes" that often required subtitles to understand his working class Birmingham, England, accent.

Osbourne has sold nearly 29 million albums as a solo artist, according to the Recording Industry Association of America. He is best know for his hits "Crazy Train," "Flying High Again," and "Mama, I'm Coming Home."

During this week's Super Bowl, Osbourne will appear in a TV ad with teen idol Justin Bieber.