Studios try to 'crack the code' on Latino moviegoers 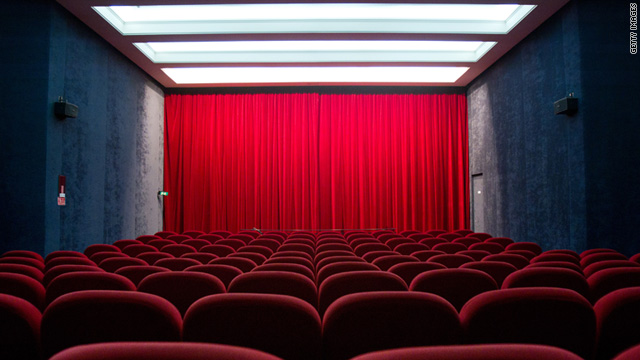 (CNN) -- In the same way Hispanics have become an important political voice, so it goes with Hollywood and moviegoing.

Hispanics, now the second-largest group in the U.S., are more likely to go to movies, the Motion Picture Association of America says. Last year, 43 million Hispanics purchased 351 million movie tickets, an MPAA report says, an uptick from the 37 million who bought 300 million tickets the previous year.

And in 2010, when Nielsen examined that coveted group of heavy moviegoers -- people who see on average 16 movies a year and contribute to 63 percent of ticket sales -- it found that Hispanics make up 26 percent of those frequenting theaters.

"In every single dimension that you can think of, you can see that the Hispanic group is a moviegoing group," Nielsen's Claudia Pardo says. "They go in families, they go often, and they account for a larger share of the ticket sales."

For years, Hispanics have been a fast-growing demographic, but while Hollywood studios are well aware a sizable audience is there, the industry is still testing out the best ways to reach it.

Naturally, studios have picked up on the trend, explaining what Fabian Castro, Universal's vice president of multicultural marketing, calls the "boilerplate" of movie marketing these days: "You do your Spanish-language ads on Univision and Telemundo, and more often than not it's a translation of an English ad. You hit your magazines and websites, and you do some sort of grass-roots effort. That's standard."

Yet the reality is not quite that simple. The Hispanic demographic is far from homogenous, consisting of various nationalities, levels of acculturation and language preference, which affect both the development of movies targeting the group as well as the way studios try to market so-called mainstream films.

As a result, Hollywood is trying out a hodgepodge of ways to reach the group: developing more nuanced marketing, finding ways to make mainstream films more inclusive and providing something different from mass-appeal blockbusters by making movies targeted to Hispanics.

Producer Elizabeth Avellan -- whose resume includes "Once Upon a Time In Mexico," "Machete" and the "Spy Kids" franchise (a fourth installment arrives in August) -- says Hollywood is in the midst of trying to "crack the code."

"The problem is that no one has had the patience to crack it. Latinos love tent-pole movies -- they want to go to see 'Spider-Man,' they want to go see 'Predators,' " she says.

To Avellan, the key is to find a way to create those "big, kick-ass" movies and do it in a way that's inclusive.

"If the director and the executive producer are both from Latin countries, that's a huge deal. It already has a Latin stamp; it's going to have a different point of view," she says. "It's just that they're not going around going, 'We're making Latino films'; they're saying, 'We're making awesome films that include our point of view and our flavor and our rhythms and things like that.' "

But, she adds, studios should do it in a way where the movies still look like the big franchises that swoop into theaters each year, noting that filmmakers can do that, on a budget, and still be inclusive of this audience.

"This is the reality about Hollywood: The only color they care about is green," Avellan says. "That's reality. You make some money, they'll make your movie. If it was successful, you get to make your next movie; you get to have a career. Really, part of cracking the code is making them money with your product."

What she makes, she says, are "mainstream movies that people want to go to, big action movies" while being mindful of costs and without pandering.

"We're not saying (to Latinos), this is a movie for you, but you'll find the flavor," she says. "We make iced tea, but we make it passion fruit iced tea. It has that zing to it, (but) it's still iced tea, so the world feels connected to it."

For example, she mentions "Sin City." "It didn't have one Latin character, but you have Rosario Dawson, Benicio Del Toro, Jessica Alba (cast in the movie). ... That's the beauty of what's going on, and I don't think we're the only ones doing it by the way."

Universal's Castro says the studio also relies on inclusiveness when marketing its slate, which was the case with "Fast Five." The latest installment in the Vin Diesel franchise topped the box office with $86.2 million its opening weekend in April -- the largest opening of the year -- with 33 percent of its grosses coming from Hispanic pockets. Its domestic gross as of July 4 was $208 million, according to BoxOfficeMojo.com.

The film's predecessor, 2009's "Fast and Furious," arrived with Hispanics making up 46 percent of its opening weekend audience. "That became an eye-opener for pretty much all of Hollywood in seeing that there is a Hispanic audience that is very, very important and obviously goes to the movies so it's time to pay attention to that," Castro says.

But he says simply translating an advertisement from English into Spanish won't cut it.

"The natural challenges in reaching the Hispanic market are obviously language and levels of acculturation. You can't homogenize the entire Hispanic audience into one bucket and say, 'Oh, we're going to reach the Hispanic audience by doing one thing.' That's really what had been going on," Castro says. "(Instead) we look at genres that ... we historically have seen have been very successful with that audience: Action, horror, family films do incredibly well. We try to pay as much attention to the nuances and behaviors of the audience and see how that fits into the marketing of the film."

When it came time to market "Fast Five," Universal's team looked for ways to draw out what's culturally relevant in the movie and highlight it -- in this case, the diverse cast and music.

And if a movie doesn't have a diverse cast like "Fast Five," the studio shoots for other ways to find a cultural tie-in. With "Hop," Universal teamed up with singer-actor Jencarlos Canela to do a Spanish version of "I Want Candy."

But Paul Presburger, CEO of Pantelion Films, Lionsgate's studio venture with media outlet Televisa, says he believes there's an audience for English-language pictures targeted to the Hispanic audience -- it's just a matter of developing that market.

"We know there's a market here, but it's a bit of an elusive (one)," Presburger says. "It's one of the big challenges. I'll start with the fact that if you look at television, the Hispanic television business is huge. Univision right now beats the U.S. (broadcast) networks several nights a week. You look at music, and the Latino music business is a huge business. Yet there is no film business for them. The question is why."

Pantelion is answering that question by aiming for four to five English-language releases a year specifically for this audience in addition to opening six to eight Spanish-language movies in more limited runs.

The studio isn't the first to try this strategy, and Presburger says he's aware it's a tough road. "Part of the issue is that in television, they've been watching the same kind of telenovela programming all around Latin America for 50 years, but from a movie perspective, an Argentine film is so different from a Mexican film, which is different from anything else."

At the same time, he says, focus groups in Los Angeles, Houston, Chicago and Florida revealed that some Hispanics feel underrepresented in cinema.

"Typically, Hispanics are shown in movies as gang members and drug dealers and such as opposed to what they are: an up-and-coming demographic with a middle class," Presburger says.

The idea for now is to create English-language movies that can unite or blur "some of these distinctions of nationality," Presburger says, and do it with enough regularity to develop brand recognition. "We're looking at universal or general themes in our movies as well but with a DNA of Latino flavor in it," he says.

Since Hispanics are already "going to see these big Hollywood movies," it's a matter of offering something different, Presburger says, noting how well Tyler Perry, who's also with Lionsgate, has been able to offer his audience what studios haven't. "I kind of look at it as nobody's quite cracked the nut yet," he says about the Hispanic market.

Regardless of the approach, one thing's for sure, Universal's Castro says: It's not a wise move to ignore this audience.

"Whether you consider (Hispanics) a minority or not, it's too big to ignore," he says. "They embrace the movie campaign; they're great advocates of a product, and that's something that we don't want to dismiss."