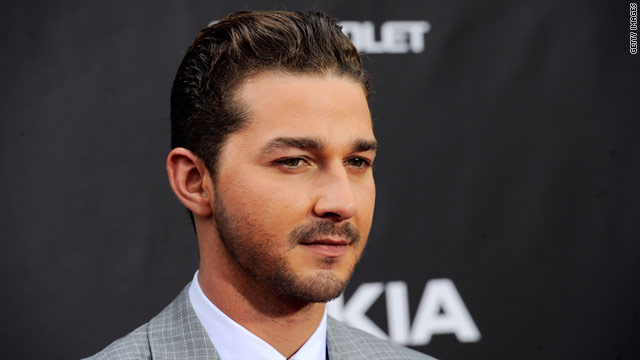 Shia LaBeouf could elaborate on briefly, but he described Chez Manson with some hilarious details.
STORY HIGHLIGHTS
RELATED TOPICS

(Rolling Stone) -- During an appearance on "Live With Regis and Kelly," superstar and best friend to fighting robots everywhere Shia LaBeouf admitted that he is directing a documentary about shock-rocker Marilyn Manson.

LaBeouf told Kelly Ripa -- apparently a Manson fan herself -- that he got to spend some time in Manson's West Hollywood "lair."

That's when Manson agreed to let LaBeouf -- who has directed music videos for Kid Cudi and Cage -- film a documentary about the making of Manson's upcoming eighth album.

The details that LaBeouf could elaborate upon on a morning show were obviously brief, but he did describe Chez Manson in some pretty hilarious detail.

"There are no lights in the room," said LaBeouf. "And there are these big metal doors and he opens the door and he's in a kimono, a big pink kimono. It's sort of like a lair. No lights, so you have to use your cell phone to guide you around."

Manson's as-yet-untitled album is reportedly due later this year.