'The Tree of Life': What's the buzz all about?

By Abbey Goodman, Special to CNN 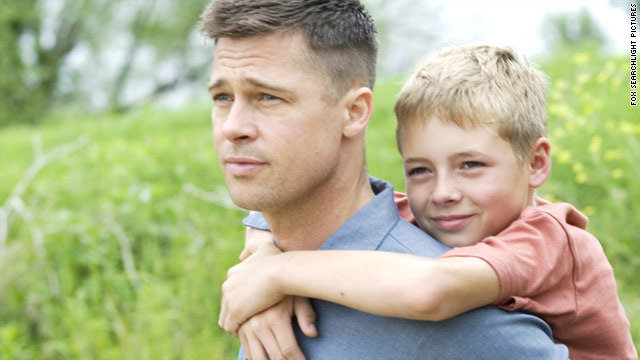 "The Tree of Life" is a tough sell for Americans who would rather stick with "The Hangover Part II" or "Kung Fu Panda 2."
STORY HIGHLIGHTS
RELATED TOPICS

(CNN) -- Since "The Tree of Life," reclusive filmmaker Terrence Malick's fifth film in four decades, premiered at Cannes earlier this week, the 2½-hour long impressionistic tone poem has elicited mixed reactions ranging from scattered boos to walkouts to long standing ovations. When the film took the coveted Palme d'Or at the end of the festival, the buzz was deafening.

So what's the big deal?

Let's get the things we already know about the ambitious film out of the way first: It stars Brad Pitt as a stern but ultimately disappointed father of three boys in 1950s Texas, Jessica Chastain as his luminescent wife and Sean Penn as one of their grown-up sons many years later; there is little in the way of linear narrative or dialogue outside of breathy voiceovers contemplating the existence and disposition of God; there are lengthy sequences of volcanoes erupting, cells dividing and many other awe-inspiring natural phenomena that recall both "Nova" and "2001: A Space Odyssey"; and, yes, there are CGI dinosaurs.

A tough sell to be sure, especially for Americans who would rather stick with the familiar territory of "The Hangover Part II" or "Kung Fu Panda 2" than a meditation on how the lives of this family coincide with the birth of the entire universe (enter the dinosaurs), but stay with me. What the film lacks in traditional box office appeal, it more than makes up for in stunning visual effects and a unique, poetic perspective on family, faith, loss of innocence and reconciliation that will stay with you long after you may finish scratching your head at the film's conclusion.

The complaints about "The Tree of Life" center around the fact that while some plot and conflict is established, nothing ever really happens. It's more or less true, but it misses the point. In as spiritually minded a movie as "The Tree of Life," it only makes sense that the journey would be the destination. Or, as the film's stars put it at a press conference in Cannes: "It's like (Malick) is waiting with a butterfly net to catch what was going by that day," Pitt said.

"It's all about capturing an accident," Chastain added. "He would be shooting and Brad would be wonderful and then there'd be a woodpecker nearby and he'd turn to that. You can't plan any moment."

For a viewer, this so-called aimlessness may sound frustrating, but Malick is nothing if not meticulous. He juxtaposes explosive imagery and a soaring operatic score with smaller, tender moments like natural light shining through blades of grass and a baby's first steps to create the complete mood and mosaic of "The Tree of Life." Ultimately, that is this film's strength.

In a move that rankled many at Cannes, Malick declined to do any press and was only on hand unexpectedly and briefly at the Palais to premiere the film.

Pitt described the absence as the auteur's preference to focus on "building a house, not selling the real estate." Still, with a movie that raises more questions than it answers, the public wanted Malick's help interpreting the film. We say just see it. And then maybe see it again. It's a work of art to experience and behold, but don't try too hard to dissect it, because the whole doesn't always live up to the sum of its extraordinary parts.

Have you seen "The Tree of Life"? Tell us what you thought in the comments.

"The Tree of Life" is open in limited release in New York and Los Angeles, with wide release on July 8.