Review: 'The Greatest Movie Ever Sold' 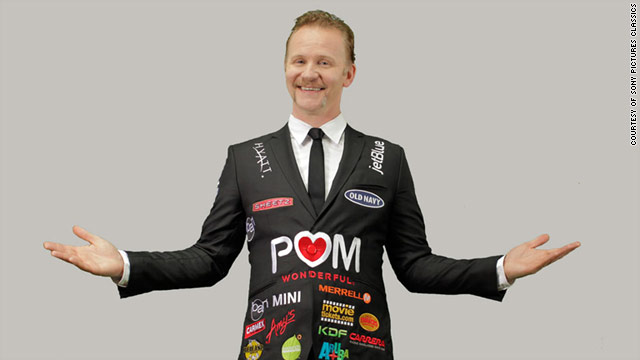 Morgan Spurlock has created a new documentary called "The Greatest Movie Ever Sold" and it has people talking.
STORY HIGHLIGHTS
RELATED TOPICS

(RollingStone.com) -- Morgan Spurlock ("Super Size Me") has this habit of making documentaries that come hidden in the Trojan horse of silly and then stab at your conscience. If you still have one.

For "The Greatest Movie Ever Sold," Spurlock whores himself out big-time. To skewer the plague of product placement, he hustles the brands themselves into financing his $1.5 million budget.

That's right, we watch Spurlock at pitch meetings getting rejected until Ban deodorant signs on and others follow, all willing to be part of the hip Spurlock brand that test marketing claims is both "mindful and playful." No argument here.

RollingStone.com: Peter Travers reviews "The Greatest Movie Ever Sold" in his weekly video series, "At the Movies With Peter Travers"

Spurlock's interviews with the likes of Noam Chomsky and Ralph Nader are telling. Nader says there's only one place you can go to avoid marketing: "to sleep."

Deeper questions don't concern "Rush Hour" director Brett Ratner: "Artistic integrity? Whatever." Are we going to hell in a branded handbasket? This movie provides food for thought, no doubt washed down with POM Wonderful juice, which paid a premium to have the title changed to "POM Wonderful Presents: The Greatest Movie Ever Sold." Spurlock says he's not selling out, he's buying in.

I'm buying into Spurlock. As ever, he makes you laugh till it hurts.

See the original article at RollingStone.com.