Hollywood casting close calls that would have changed everything 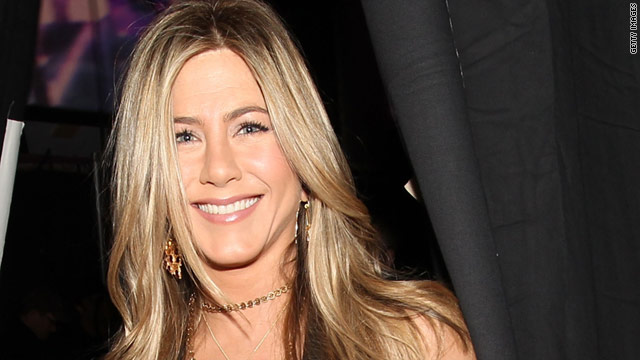 Before she became Rachel Green, Jennifer Aniston was apparently being courted to be a cast member on "SNL."
STORY HIGHLIGHTS
RELATED TOPICS

(The Frisky) -- Surprise! Before she became Rachel Green, Jennifer Aniston was apparently being courted to be a cast member on "Saturday Night Live."

On "Oprah," Adam Sandler -- Jennifer's co-star in "Just Go With It" -- recalls hoping that he would be spending every Saturday night with Jennifer. "We wanted Aniston to be on the show with us," he said. "I remember being on the ninth floor where Lorne Michaels' office was, and seeing Jen come in. I was like, 'Oh my God, there's Aniston. Is she about to be on our show?' "

But no, apparently she was worried about "SNL" being a "boys' club" and so opted to go with "Friends." Adam was shocked; "She said no? She's gonna do that 'Friends'? What is 'Friends?' " And thus, a million haircuts were launched.

When it comes to iconic movies and TV show characters, it seems like the role could only have gone to one person. But the truth is that casting decisions are constantly in flux, depending on who studios want, what actors' commitment schedules look like, and what price they demand.

For example, did you know that Jennifer was also considered for Roxie Hart in "Chicago"? And to play Rose in "Titanic"? We found a few more casting close calls that would have set some very big stars' lives careening in other directions.

Will Smith was apparently a little uneasy about being a sci-fi star. Initially, he passed on his role in 1997's "Men in Black" -- until Jada Pinkett Smith talked some sense into him. Soon after, he was courted for a much more mind-bending thriller: "The Matrix." That's right-he was the first choice to play Neo and only when he passed did it go to Keanu Reeves. But Will is happy about how things turned out. "I would have absolutely messed up 'The Matrix,' " he said. "At that point I wasn't smart enough as an actor to let the movie be -- whereas Keanu was." Instead, Will did "Wild Wild West." Oops.

2. Sean Connery lost his "Lord of The Rings" paycheck

Speaking of "The Matrix," the original choice to play Morpheus was Sean Connery. Sean, however, turned the role down and Laurence Fishburne eventually got the part. Having apparently not learned anything, Sean also turned down the role of Gandalf in "The Lord of The Ring" trilogy because he "didn't understand the script." New Line Cinema had supposedly offered him up to 15 percent of the box office take worldwide, which means this was a $400 million mistake.

The Frisky: 15 "what we're they thinking" ugly tattoos on celebrities

3. Claire Danes won her star role by being "awkward"

Claire Danes was so, so perfect as Angela Chase in "My So-Called Life." But Alicia Silverstone came very close to being given the role. Producer Marshall Herskovitz explains, "We had someone looking for us in New York and she said, 'There are two people you should see. They're really special.' The first was Alicia, who was 16 and emancipated. Ed wanted her, and I said, 'This girl is absolutely beautiful, but the Angela I see shivers back and forth between being beautiful and being really -- I mean, Alicia, you know, this is a girl who has been told she's beautiful since she's 5 years old! I just don't think Angela's that girl.' Then in walks Claire Danes. And at 13, you know: From one angle, she's breathtaking; from another, she's awkward." If Alicia had been cast, "Clueless" may not have been nearly as brilliant. But then again, "My So-Called Life" might have lasted for more than a single season.

4. Sarah Michelle Gellar could have been "Clueless"

But "Clueless." Guess who was originally wanted to play Cher? Sarah Michelle Gellar. She had to turn it down because of her contract on "All My Children." Now to bring things full circle, Sarah was also originally offered the role of Juliet in Baz Luhrman's "Romeo + Juliet" and again had to pass because of "All My Children." The role, of course, went to Claire Danes.

The Frisky: Best and worst cleavage at the 2011 SAG Awards

Everyone remembers Michael J. Fox as Marty McFly in the classic Delorean time machine tale, "Back to the Future." But, he was not Robert Zemeckis and Steven Speilberg's original choice for the movie. In fact, they filmed for five weeks with Eric Stolz in the lead role and decided to start over again because something wasn't quite clicking.

Harrison Ford has Al Pacino to thank for his career. Al was the originally slated to play Han Solo in "Star Wars," but turned down the offer. Only then did Harrison get a chance. Harrison evidently won again in 1981 when Tom Selleck turned down the role of Indiana Jones in "Raiders of the Lost Ark." Just imagine-Indiana Jones might have had a serious moustache.

The Frisky: Megan Fox as Steve Buscemi? 8 stars confess who they look like

Sandra Bullock won an Oscar for her role in "The Blind Side." But apparently, the role was originally offered to Julia Roberts. In an alternate universe, Julia Roberts won her second Oscar for the film and got divorced thanks to the evil Oscar Curse, while Sandra is making rom-coms and is still married to Jesse James.

Speaking of Julia Roberts, I can still picture her laughing in that red dress in "Pretty Woman." Studio execs, however, had another lady in mind to play the classic hooker with a heart of gold. Michelle Pfeiffer apparently turned down the role because she wasn't feeling the "tone of the script."

James Gandolfini, who? Apparently, the makers of "The Sopranos" were originally gunning for Ray Liotta for the role.