Ten films to look forward to this year 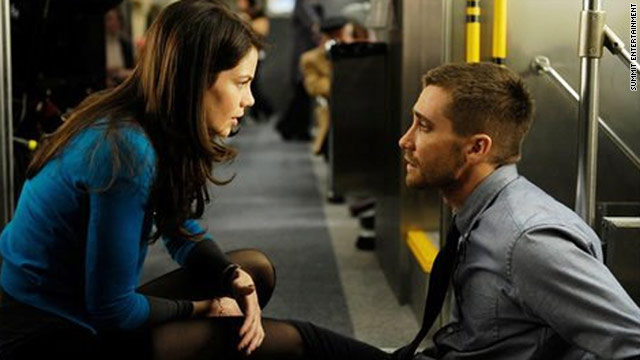 (CNN) -- The first rule for any critic must be: Keep an open mind. The second rule: Hope for the best.

Still, we're only human, and while all films may be equal until you actually experience them, as George Orwell put it, some are more equal than others.

It's hard, for instance, to work up a whole lot of enthusiasm to see Nicolas Cage battle demons in the Dark Ages in "Season of the Witch," when you suspect he's miscast and in it only for the money, and you know the movie's been kicking around for months. (Having seen it, I can assure you it's every bit as grim as it looks.)

The truth is, you hope for pleasant surprises, but you pin your trust in the filmmakers who have impressed you in the past. This year, there may be dozens of terrific films coming down the pipeline, but these are the 10 prospects that really float my boat.

They are listed in order of release. And to keep things fair, I haven't included anything I've already seen (though I'm certainly looking forward to second viewings of Errol Morris' tragic-comic documentary "Tabloid," the Korean art film "Poetry," and Juliette Binoche in the teasingly ambiguous "Certified Copy").

Duncan Jones follows up his acclaimed debut -- the low-budget brain teaser "Moon" -- with a grabby fantasy thriller about a man (Jake Gyllenhaal) who has just eight minutes to find a suicide bomber on a train -- a mission he fails again and again and again. It could be "Groundhog Day" with a body count, or this year's "Deja Vu."

An R-rated medieval sword and sorcery romp from the "Pineapple Express" crew? This looks like a winner even before you throw in the white-hot Natalie Portman. Danny McBride wrote the script and enjoys the lion's share of the trailer. Director David Gordon Green also has "The Sitter" earmarked for release this summer.

"I Am Legend" director Francis Lawrence aims to capture the magic in Sara Gruen's best-seller about a traveling circus. Reese Witherspoon and Robert Pattinson put on the show, while Richard ("Fisher King") LaGravenese wrote the script that convinced "Inglourious Basterds" discovery Christoph Waltz that this was a better way to go than David Cronenberg's next picture.

Every Terrence Malick film is an event, and his first since "The New World" in 2005 promises to illuminate nothing less than the meaning of life. It's a return to the Midwest, the scene of his film "Badlands," and traces the experiences of a boy growing up in the 1950s and into disenchanted adulthood. Brad Pitt and Sean Penn play father and son (in that order).

In a nifty bit of repackaging, "Kick-Ass" dynamic duo Matthew Vaughn and Jane Goldman have concocted this prequel to the series. James McAvoy plays the young Charles Xavier, and Michael Fassbender ("Hunger") is the future Magneto. Jennifer Lawrence from "Winter's Bone" and January Jones from "Mad Men" fill out the hot cast list.

Another must-see film from J.J. Abrams, this purports to be Area 51 -- the horror movie. Steven Spielberg produces and Elle Fanning has top billing. Plot details are scant, but sometimes the less we know, the better.

A viral thriller in more ways than one from Steven Soderbergh, reteaming with "The Informant!" star Matt Damon. Marion Cotillard, Gwyneth Paltrow, Kate Winslet and Jude Law should keep things interesting as the world falls apart around them. About time an A-list director tackled a disaster movie.

Martin Scorsese's magical adventure movie is based on a graphic children's novel about an orphan living in secret in a Paris train station. Author Brian Selznick, who's related to "Gone with the Wind" producer David O Selznick, peppers the book with references to the early days of cinema. What makes this even more enticing is the chance to see what Scorsese can do with 3-D.

Steven Spielberg pulls double duty this year, what with "Tintin" (December 21) and this film of Michael Morpurgo's novel about a boy separated from his horse when the latter is sent into the trenches during WWI. Richard Curtis and Lee Hall ("Billy Elliot") wrote the script. According to co-star Benedict Cumberbatch (a name to watch in his own right), it's a children's film told through the eyes of the horse.

In what could be -- should be -- one of the films of the year, "Let the Right One In" director Tomas Alfredson directs this classic John le Carre Cold War thriller -- previously the basis for a terrific BBC drama series. Colin Firth, Mark Strong, Tom Hardy, Stephen Graham and Benedict Cumberbatch head the impressive British cast, but all eyes will be on Gary Oldman, stepping into Alec Guinness' shoes as veteran spy George Smiley.