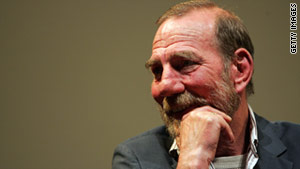 Editor's Note: Read an appreciation of Pete Postlethwaite on EW.com.

London (CNN) -- Oscar-nominated actor Pete Postlethwaite, who starred in "Inception" and "The Usual Suspects," has died at the age of 64, his agent said Monday.

Highly intense, with a bulbous nose, high cheekbones and ruddy complexion, the actor was immediately recognizable in films ranging from the second "Jurassic Park" movie to "Romeo + Juliet."

It was for his role as Daniel Day-Lewis's father in the IRA drama "In the Name of the Father" that he got his only Oscar nomination, for best supporting actor. He lost out to Tommy Lee Jones for "The Fugitive."

He also starred in the British brass band movie "Brassed Off," and worked with Steven Spielberg on the slave revolt story "Amistad."

He made his name as part of a cohort of great British actors including Bill Nighy, Anthony Sher, Jonathan Pryce and Julie Walters at the Everyman Theatre in Liverpool, England, in the 1970s.

He returned to the Everyman in 2008 to play King Lear in Shakespeare's great tragedy.

He was awarded the Order of the British Empire, or OBE, in 2004.