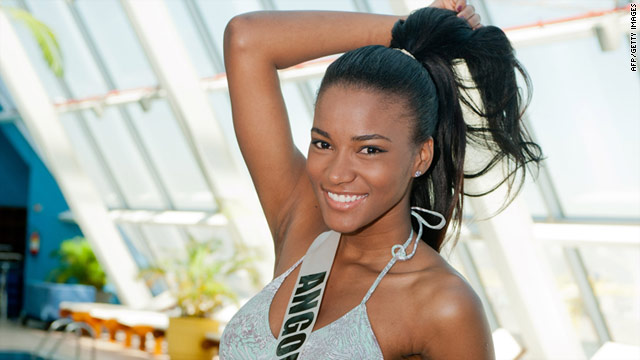 Leila Lopes from Angola before she took out the title of Miss Universe 2011.
STORY HIGHLIGHTS
RELATED TOPICS

The runner-up was Olesya Stefanko of the Ukraine.

Women from 89 countries and territories competed for the title and were judged in three categories: swimsuit, evening gown and interview.

For the first time ever, fans were able to vote on their favorite contestant to help put them into the semifinals of the competition.