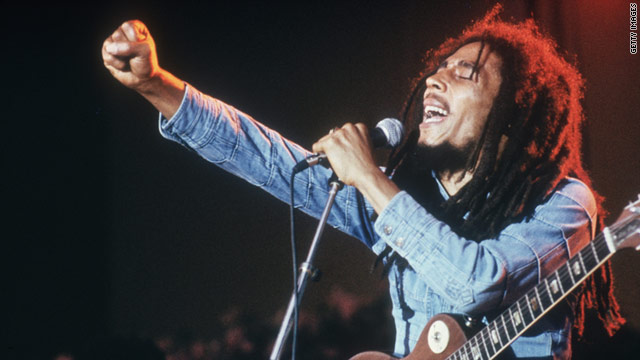 It is hoped a Bob Marley song will help bring awareness to the thousands suffering from the famine in the Horn of Africa.
STORY HIGHLIGHTS

(CNN) -- A new social media campaign hopes to harness the power of celebrities and a Bob Marley song to help bring awareness to the thousands suffering from the famine in the Horn of Africa.

The "I'm Gonna Be Your Friend" campaign, which kicks off Tuesday, is named for a line in Marley's 1973 song "High Tide Or Low Tide."

It uses the song as the soundtrack to a short film on the East African crisis directed by award-winning director Kevin MacDonald.

Among MacDonald's movies is the critically acclaimed "Last King of Scotland."

Prominent celebrities -- such as Eminem, Rihanna, Lady Gaga and Britney Spears -- have pledged to promote the film by posting it on their Facebook pages or offering links on their Twitter feeds.

The video is also on sale, with proceeds going to Save The Children.

"With over 150 global stars already signed up and more joining by the hour, the combined total of their fans and followers on the social networks is over 700 hundred million people," the campaign said. "This huge number will not only help raise awareness of the scale of the crisis but also vital funds for those suffering in the region."

Twelve million people are facing a hunger crisis in the Horn of Africa. Somalia has been hardest hit.