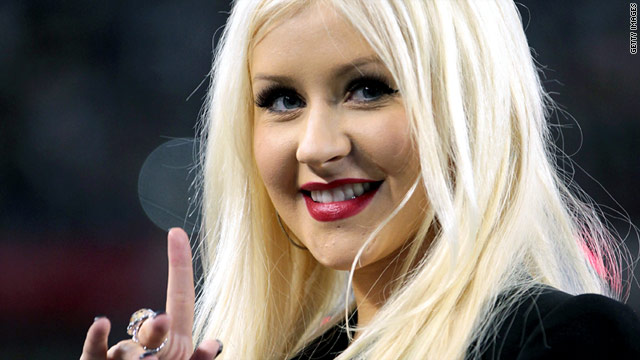 Los Angeles (CNN) -- Pop singer and actress Christina Aguilera was detained early Tuesday "to ensure her safety" after her rumored boyfriend was arrested on suspicion of driving under the influence, authorities said.

Aguilera, 30, was a passenger in a car that was stopped about 2:45 a.m. (5:45 a.m. ET) in West Hollywood, the Los Angeles County Sheriff's Department said in a news release.

"The driver, Matthew Rutler, was determined to be driving while under the influence of alcohol and arrested," the release said.

Aguilera was determined to be intoxicated, said Los Angeles County Sheriff's spokesman Steve Whitmore. "She was not capable of taking care of herself," he told reporters, but said she was "very cooperative, not belligerent in any way."

She was technically arrested on a public intoxication charge, Whitmore said, but "there was never the intent to prosecute." Such actions are routine in such instances -- when a driver is arrested and a passenger is determined to be intoxicated.

Since Aguilera was not able to care for herself "and no one was available to ensure her safety, Aguilera was taken into custody," the statement said. The department "stressed that she was not involved in any criminal activity."

Aguilera will have a record of the misdemeanor arrest, Whitmore said, and was booked, fingerprinted, put in a jail cell and monitored. However, she will not face charges, he said. "The law specifically allows for no desire to prosecute."

Rutler's bail was set at $5,000, he said, not the $30,000 reported on the sheriff's website. He said Rutler was in the process of bailing out of jail Tuesday morning.

The car was pulled over after authorities noticed it "driving erratically," he said.