Glenn Close: Use of my image in Navy video 'insulting' 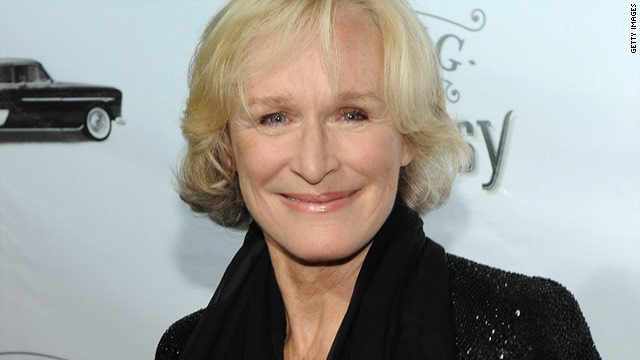 One of the videos show Glenn Close sitting in a chair, dressed in black and wearing what appears to be a "USS Enterprise" hat.
STORY HIGHLIGHTS

Los Angeles (CNN) -- Actress Glenn Close said she is "distraught" that her image was used in one of a series of profanity- and slur-laden videos aboard the Navy's USS Enterprise.

"The cynical, unauthorized use of my image in this video is deeply offensive and insulting, and was the result of a seemingly innocent request made during a visit to an aircraft carrier over four years ago," Close said, according to a statement from publicist Catherine Olim on Tuesday.

In the videos, Navy Capt. Owen Honors is shown cursing along with other members of his staff in an attempt to demonstrate humor. There are also anti-gay slurs, simulated sex acts, and what appear to be two female sailors in a shower together.

Sailors told The Virginian-Pilot that Close was persuaded to make a short appearance on camera during her visit.

An image from the video shows Close sitting in a chair, dressed in black and wearing what appears to be a "USS Enterprise" hat. The context of her appearance was not immediately clear.