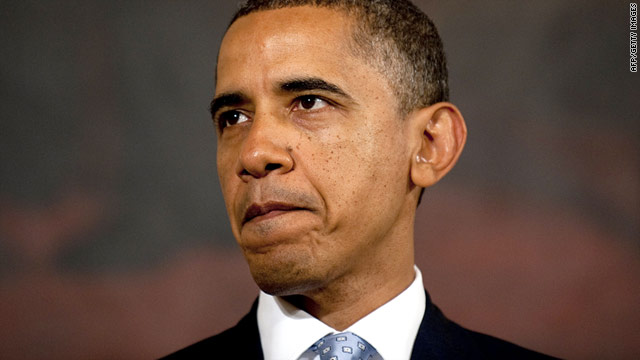 (CNN) -- There is a war going on in Washington, and the politicians waging it can't even agree on what kind it is.

To Republicans, President Barack Obama and Democrats are waging class warfare by proposing tax reforms that would make wealthy Americans pay more than they do now.

"When you pick one area of the economy and you say, 'We're going to tax those people because most people are not those people,' that's class warfare," Sen. Lindsey Graham, R-South Carolina, said Sunday on CNN's "State of the Union."

Democrats refer to political warfare, with Republicans blocking the Obama administration's initiatives to better their chances of defeating him in next year's election.

"I don't think people like that style of politics and that's the reality ... we'll be facing in November 2012," Sen. Dick Durbin, D-Illinois, said on the same program.

The result for now is a rehash of the same arguments that have dominated the national debate of the past two years on how to cut the federal deficit and national debt.

On Monday, Obama will make public his deficit reduction plan with an expected call for tax reforms and changes to the Medicare and Medicaid government health care programs for senior citizens, the disabled and the elderly.

Aides leaked one of his proposals Sunday -- a new tax rate for Americans earning more than $1 million a year to ensure that they pay at least the same percentage of their earnings in taxes as middle-income Americans.

Coupled with his $447 billion jobs bill announced last week, the president seeks to stimulate economic growth and hiring now, then pay for it by reducing long-term costs and increasing tax revenue down the road.

Republicans reject the president's approach, saying it amounts to pitting different segments of society against each other.

Graham and House Budget Committee Chairman Paul Ryan, R-Wisconsin, both uttered the phrase "class warfare" on Sunday, showcasing what is certain to be a prominent GOP theme through the 2012 election.

"We have a difference of opinion on how best to fix these problems," Ryan told "Fox News Sunday."But when the president does things like this, it leads you to believe that he's not in bipartisan consensus-making mood. He's in a political class warfare mode and campaign mode. And that's not good for our economy."

Senate Minority Leader Mitch McConnell, R-Kentucky, said on NBC's "Meet the Press" that Republicans have no problem with tax reform that produces increased revenue, but they want the additional money to come from economic growth rather than higher taxes on a particular group.

Even Republican presidential candidate Herman Cain, a former business executive with no political background, got in the act, telling the Fox program that raising taxes on investment income and other targeted areas was "a bad idea."

"You tax something more, you get less of it," Cain said, adding "if you were to tax the millionaires more using that bad idea, it still doesn't solve the problem of how to reduce the spending. So, that's just class warfare flowering in my opinion, and it's not going to help."

Former President Bill Clinton, however, had a different take, saying that fellow Democrat Obama was putting forward good proposals that deserved to be passed.

Tax reform is necessary, Clinton told the NBC program, adding that "the least harmful tax increases are the ones that Sen. McConnell and people who agree with him hate the most." He was referring to ending the tax cuts passed in the administration of GOP President George W. Bush.

"Right now we don't need what the Republicans want, which is further spending cuts," Clinton said. For Republicans, he added, "conflict seems to be better politics," but overall, "cooperation is better economics."

Congressional action on deficit reduction is moving on multiple tracks now. Durbin said on CNN that the Democratic-majority Senate would take up Obama's jobs plan next month, while leaders in the Republican-controlled House have rejected some parts of it.

The 12-member committee, evenly divided between Democrats and Republicans in the House and Senate, has until November 23 to draft a $1.5 trillion deficit reduction plan that can win congressional approval by December 23. Otherwise, more than $1 trillion in across-the-board spending cuts will go into effect, on top of $900 billion in cuts already mandated under the debt ceiling deal.

So far, more than a year of rancorous negotiations on deficit reduction have failed to resolve a fundamental dispute between Republicans and Democrats involving the size of government and whether to raise tax revenue while cutting spending.

The brinkmanship of the negotiations, with uncertainty over whether the government might default if no deal was reached, was one reason that ratings agency Standard & Poor's downgraded the U.S. credit rating from AAA to AA-plus in August.

Calls increased last week for the new deficit committee to work out a comprehensive deficit reduction deal much larger than its $1.5 trillion target.

House Speaker John Boehner, R-Ohio, who twice pulled out of talks with Obama on a broad deficit deal this year over the tax increase issue, has said he too would prefer a large and far-reaching agreement.

However, Boehner gave a policy speech Thursday that rejected any tax increases as part of a solution to the deficit reduction issue. Durbin sharply criticized Boehner's stance on Sunday.

"I wonder if John Boehner knows what it sounds like when he continues to say the position of the Republican Party in America is that you can't impose one more penny in taxes on the wealthiest people," Durbin told CNN. "I wonder if he understands how that sounds in Ohio to working families who are struggling paycheck to paycheck."

Durbin offered a stark assessment of the differences between Obama's policies and what he said Republicans wanted.

"They would make sure that we have no new tax burden on the wealthiest people in America, and they would continue to criticize any effort to step forward and do something positive to move this economy," he said.

Ryan, meanwhile, endorsed a conservative call for the new deficit panel to focus on the specific target set by the legislation that created it, rather than seeking the broader deal pushed by Obama and others from both parties.

"If we are just going to do class warfare and trying to get tax increases out of this, I don't think much will come of it," he said on Fox. "But if we come together and get a $1.2 trillion to $1.5 trillion spending cut, then I think we have a shot at actually getting something done. We should hold our expectations down on the select committee and let's just get another down payment on debt. There's so much spending that needs to be cut."