Obama will submit his jobs plan to Congress Monday 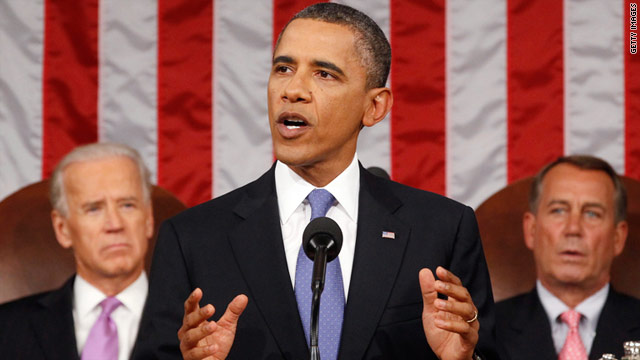 Washington (CNN) -- President Barack Obama will take to the Rose Garden on Monday to make a pitch for his jobs creation plan and announce he is sending it to Congress later that evening, the White House said.

Obama will be joined by teachers, veterans, small-business owners and others who would benefit from the American Jobs Act's passage, the White House said Sunday.

Obama hit the road Friday to rally public support for the plan, calling it critical to efforts to invigorate an ailing economy and avert a new downturn.

"This has been a terrible recession," the president told an enthusiastic crowd at the University of Richmond in Virginia. "You expect action, and you deserve it right now."

The president's remarks came a day after he unveiled his $447 billion proposal to a sharply divided Congress amid growing fears of a new economic downturn.

It is unclear whether the American Jobs Act -- consisting largely of targeted tax cuts, infrastructure spending and new job training assistance -- can win over skeptical congressional Republicans, particularly in light of Obama's falling approval ratings and the looming presidential campaign.

To help cover the cost of the plan, Obama has said he will push to increase the $1.5 trillion in deficit reduction being pursued by a special joint congressional committee.

House Speaker John Boehner, R-Ohio, and other top House Republicans offered measured praise for Obama's plan Friday, sending a letter to the president saying his "ideas merit consideration by the Congress, and (GOP leaders) believe the American people expect them to be given such consideration."

At the same time, the president wants to cut the payroll tax businesses pay in half -- to 3.1% -- on the first $5 million in wages.

Obama's proposal also includes a new $49 billion extension of unemployment benefits, which were lengthened to the current 99-week maximum in 2009. Top Democrats argue that such money will immediately be pumped back into the economy in the form of new consumer spending.