Republicans will not give typical formal response to Obama jobs speech 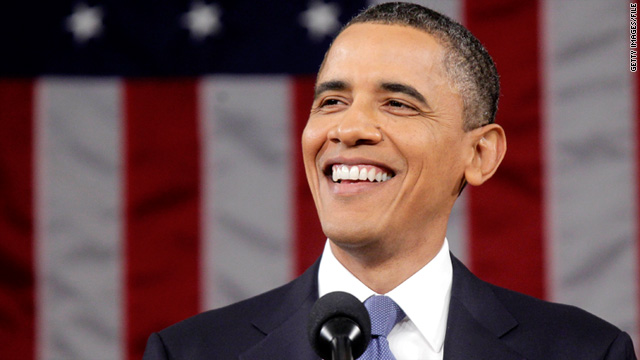 President Obama is set to lay out his job creation plan before a joint session of Congress on Thursday.
STORY HIGHLIGHTS

"This is not a State of the Union Address," said a senior GOP leadership aide, who spoke on condition of not being identified.

"The (House) speaker is opening Statuary Hall (in the Capitol) to media following the speech, giving every member of Congress the opportunity to provide a reaction to the president's address," the aide said.

Obama plans to unveil a major jobs initiative to a joint session of Congress Thursday.

After the scheduling brouhaha over the president's State of the Union-style speech was resolved last week, Republican aides in the House and Senate were noticeably mum about details of the official response, which typically all the major television networks carry about five minutes after the president's speech in the House chamber ends.

"Republicans are, and have been, entirely focused on job creation," said Michael Steel, a spokesman for House Speaker John Boehner of Ohio, on Tuesday. "Every member of Congress, and -- more importantly -- the American people, will provide a reaction to the president's address. We trust in the good judgment of the American people, and the president's proposals will rise or fall on their own merits."

In the past GOP leaders have chosen rising political stars in their party including Gov. Bobby Jindal of Louisiana to respond to the president's speech. In January Republicans tapped House Budget Chairman Paul Ryan of Wisconsin to give the official GOP response to the president's State of the Union speech.

In September 2009, when Obama delivered a major speech on health care to a joint session, Louisiana Republican Rep Charles Boustany, a heart surgeon, was picked to present the GOP health care plan.