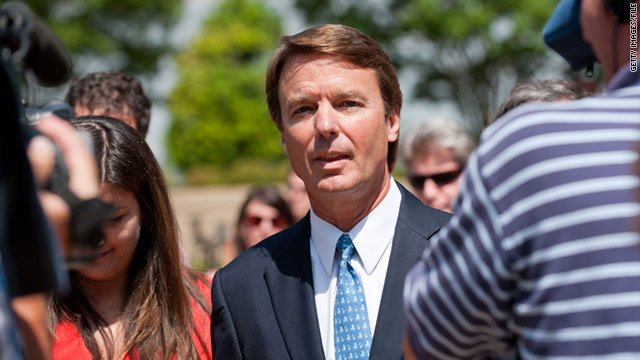 John Edwards was indicted in June on charges he used campaign contributions to hide an affair.
STORY HIGHLIGHTS

Edwards, the Democratic vice presidential nominee in 2004, has pleaded not guilty. The five motions filed Tuesday call for all the charges to get thrown out, his lawyers said in a statement.

According to the motions, the charging documents were unconstitutionally vague and a prosecutor acted on political motives in seeking to indict Edwards. In addition, the motions alleged irregularities in the grand jury process and challenged specifics of the indictment.

"The motions filed today demonstrate that the indictment should never have been brought in the first place and now should be dismissed by the court," said a statement by the three lawyers -- Abbe Lowell, Jim Cooney and Wade Smith.

Justice Department prosecutors brought charges against the 2008 presidential candidate based on allegations that money given to Edwards to support his mistress, Rielle Hunter, should have been considered as donations toward his presidential campaign.

Edwards maintains the money was a gift.

If convicted on all counts, Edwards could face up to 30 years in prison and a fine of up to $1.5 million.