Bush: No sense of jubilation at bin Laden's death 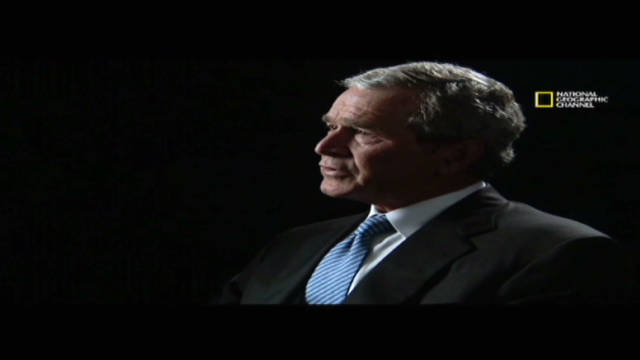 (CNN) -- Former President George W. Bush says he experienced no pleasure when he heard about the death of Osama bin Laden, the al Qaeda leader responsible for orchestrating the deadly terrorist attacks of September 11, 2001.

"He was sitting in a restaurant in Dallas when the Secret Service told him that President (Barack) Obama wanted to speak to him. He then learned about the assassination," documentarian Peter Schnall told CNN in an interview.

Schnall interviewed the former president as part of a documentary called "George W. Bush: The 9/11 Interview," which is scheduled to air on National Geographic as part of its 10-year anniversary coverage of the 9/11 attacks. The interview covers a broad range of topics tied to Bush's response to the attacks -- a response which remains a source of deep political division both within the United States and overseas.

"We could see in the interview that the president was very taken by the events of that day," Schnall said. "He was very emotional."

Bush told Schnall that initially he thought a light aircraft had hit one of the towers at New York's World Trade Center.

"First I thought it was a light aircraft and my reaction was, man, either the weather was bad, or something extraordinary happened to the pilot," Bush said in the interview. But then-White House Chief of Staff "Andy Card's Massachusetts accent was whispering in my ear -- 'A second plane has hit the second tower. America is under attack.'"

Bush was in a Florida classroom for an education event when he first heard about the attacks.

"Remember ... he's not in Washington. He's literally flying across the country" in the hours that followed, Schnall told CNN. "They are literally running from an unknown enemy and they're having to make decisions at 40,000 feet on Air Force One."

Among other things, Bush ordered the military to shoot down commercial planes that failed to respond to a Federal Aviation Administration demand to land as quickly as possible.

For a period of time, the president was unsure if that order was responsible for the crash of United Airlines flight 93 near Shanksville, Pennsylvania.

"Those were decisions that (Bush) had to make. ... They troubled him then, and I think they still trouble him now," Schnall said.

"What struck me the most was that during those hours, the days of 9/11, the president was overwhelmed" by events, Schnall added. He was "overwhelmed in the sense that ... (initially) they didn't really know who the enemy was. They didn't know if there were more attacks about to happen."

Bush "spoke about that fact that he was journeying through the fog of war."

In light of the intense controversy surrounding the invasions of Iraq and Afghanistan -- as well as the broader war on terror that followed the 9/11 attacks -- does the former president have any regrets?

Bush "kind of looked at me ... and said, 'I hate that damn question,'" Schnall noted. "He did not ever use the word regret. He did not ever say he would do anything differently. " But Bush did acknowledge the controversy and division created by his decisions.

"Those decisions that they made ... (have permanently) changed our lives and the world today," Schnall said.