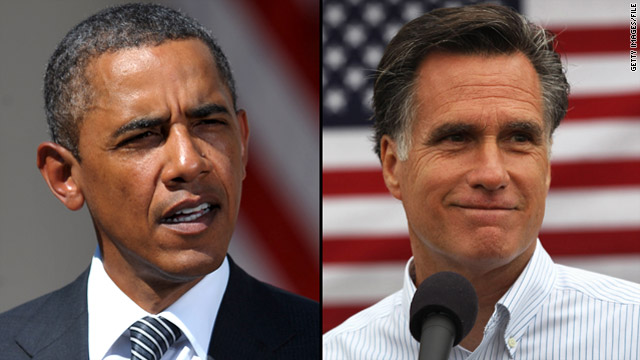 Washington (CNN) -- Sarah Palin's got one. So does Jon Huntsman, while Michele Bachmann is starting to discuss hers in detail. Mitt Romney's going to show his Tuesday, followed by President Barack Obama on Thursday.

With a presidential campaign starting in earnest and fears of a stalled economy growing, the incumbent and many of those vying to beat him in 2012 are coming out with their plans to boost economic growth and job creation.

The timing makes sense: Congress returns from its recess this week, and the special congressional committee tasked with proposing $1.5 trillion in deficit reduction measures meets for the first time on Wednesday.

In addition, a fresh series of Republican debates begin Wednesday, the first of three in September and seven by the end of the year for a race turned upside down by the recent addition of Texas Gov. Rick Perry, who now leads the polls.

All that comes after the latest employment report showed no new jobs created in the month of August, a result that set Republicans howling for immediate action on their agenda rather than what they called the failed policies under Obama.

"It's pretty clear what we need to do to improve our economy," Sen. Jim DeMint, R-South Carolina, told CNN on Sunday. "We need to lower the risk of being in business and we need to make sure there is ample reward for creating those risks."

Obama "has it backwards," said DeMint, considered an unofficial voice of the conservative tea party movement. "He's creating more risk and he's threatening to raise taxes on small businesses. This is not a good formula."

They share one common trait -- getting rid of the health care reforms enacted last year by Obama and Democrats.

Obama took a step in the GOP direction last week by striking a clean air regulation targeted by the energy industry and Republicans as oppressive, but sought by environmental and health groups as important for reducing smog.

In an address to a joint session of Congress set for Thursday, the president is expected to offer longstanding proposals including extending unemployment benefits and a payroll tax cut, boosting infrastructure projects such as repairing the nation's roads and bridges, and completing free trade agreements with South Korea, Colombia and Panama.

White House Press Secretary Jay Carney told reporters last week to expect the president to announce both unilateral steps he can take and legislative proposals that would require passage by the deeply divided Congress.

"The president will come forward with specific proposals that by any objective measure would add to growth and job creation in the short term," Carney said Thursday.

He refused to provide specifics, saying "I don't want to ruin the surprise," then added: "Of course, the president has certain powers. The executive branch has certain things it can do."

Obama's proposals are aimed at bringing immediate help, according to Carney. With the special deficit committee created under last month's debt ceiling agreement required to compete its work by November 23, the president appeared to be focusing on interim, complementary measures rather than taking a comprehensive approach for now.

To DeMint, it all sounds like a repeat of what hasn't worked so far.

"What I've heard the president is going to talk about Thursday night is more of the same," he said. "I just don't think those things are going to create jobs."

Meanwhile, some of the announced or possible Republican presidential contenders are offering their ideas for economic recovery with a broader perspective aimed more at primary voters next year.

On Saturday, Palin used a speech in Iowa to outline a five-point recovery plan, extending the speculation that she might formally join the GOP race sometime in the fall.

"This is how we break the back of crony capitalism," she said in sounding a new campaign theme that evoked memories of her Alaska days when she took on an entrenched and sometimes corrupt Republican political class that was in cahoots with the oil and gas industry.

Huntsman, who is lagging badly in national polls, got an immediate endorsement from the Wall Street Journal for his plan announced last week that would scale back the scope of the federal government and simplify the tax code.

The plan would eliminate tax deductions and credits, including the popular home mortgage deduction, in favor of a simplified three-bracket tax system with rates of 8, 14 or 23%. The corporate tax rate would drop from 35% to 25%, and Huntsman also would eliminate the alternative minimum tax as well as taxes on capital gains and dividends.

On the regulatory front, the former Utah governor and U.S. ambassador to China would repeal the health care reform measure and the Dodd-Frank financial regulatory reform act, as well as the Sarbanes-Oxley financial reform measure passed during the Bush administration in response to the Enron accounting scandal.

In addition, Huntsman would streamline the approval processes at the Food and Drug Agency and the Environmental Protection Agency, including for the controversial hydraulic fracturing method of extracting natural gas.

On Sunday, he emphasized that his proposal is based on steps that succeeded in Utah when he was governor, telling the CBS program "Face the Nation": "I'm not talking hypotheticals; I'm not talking political hyperbole."

"Everybody would love to go down to zero on corporate taxes," he said. "How do you do it? How do you make the numbers work? All I'm telling you is I have been there and I've done that."

Another GOP contender, Minnesota Rep. Michelle Bachmann, offered some of her own ideas on the CBS program, calling for steps to "repatriate" money that American corporations are making overseas by eliminating any tax on it through the end of the year and then taxing it at a 5% rate.

"The principles that I adopt are permanent fixes rather than temporary gimmicks like we've seen from the president," Bachmann said. "And also private-sector solutions versus government solutions which the president has put forward."

On energy policy, Bachmann backed tapping all U.S. resources -- oil, natural gas, coal and others -- that can be accessed "in a way that does not degrade the environment nor cause problems to humans or to animals or to the environment." She stopped short of repeating a previous promise to lower gas prices to below $2 a gallon if elected, saying instead that her policies would be better than Obama's for moving in that direction.

Romney, meanwhile, has promised a "detailed" plan Tuesday to both boost employment and get the economy growing.

"I will make business taxes competitive with other nations, eliminate burdensome regulations and bureaucracy, and support America's workers instead of its union bosses," he said last week.

The former Massachusetts governor also said he would promote the exploration of U.S. natural resources to create jobs, and to "make sure that America's work force is prepared for the modern economy."

Obama's address to Congress already has generated controversy, with a dispute between the White House and House Speaker John Boehner over when it would take place.

The White House originally wanted it to be Wednesday, the first official business day of both the House and Senate after the summer recess, which also is the date for a Republican presidential debate at the Reagan Library in California.

Boehner objected, saying there wouldn't be enough time to sweep the premises for security reasons after Wednesday's legislative session. Talks between the two sides ended with agreement that the address to Congress take place on Thursday, before the start of the first National Football League game of the season that night.

"He has put together proposals that we are quite confident, if Congress comes back to Washington filled with a righteous sense of urgency about the need to grow the economy and create jobs, they will act on it and do the right thing by the American people," Carney said Thursday of what Obama will offer.

DeMint, however, said he had little interest in another speech from Obama, calling instead for a written proposal that can be analyzed by the Congressional Budget Office and the American people for its costs.

"I am so tired of his speeches, it's going to be hard for me to watch," said DeMint, who is hosting a forum of GOP front-runners on Monday in South Carolina. " ... Without sending something in writing, the president makes all of these grand gestures, and then it doesn't appear in any legislation, and then he will blame Congress for not passing something he never sends over."