Senate goes on recess without taking up FAA funding 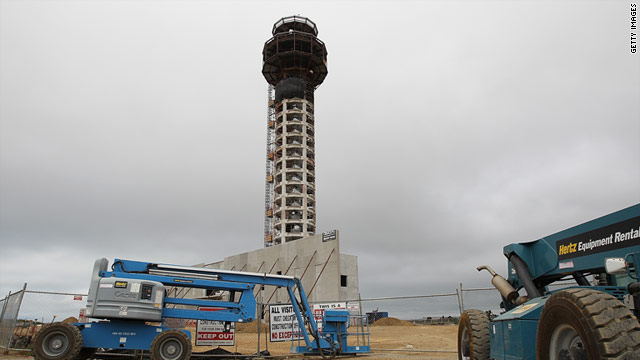 Washington (CNN) -- The U.S. Senate went on summer recess Tuesday night without taking action to fully fund the Federal Aviation Administration, all but assuring that almost 4,000 furloughed FAA workers will remain jobless for the next five weeks and preventing the agency from collecting $1.2 billion in aviation taxes.

The only sliver of hope for furloughed FAA employees and laid-off airport construction workers rests with the fact the Senate scheduled nine "pro forma" sessions during their break, giving the Senate opportunities to consider the funding bill. But Senate leaders gave absolutely no indication they would do so.

Exasperated FAA officials worked into Tuesday evening looking for a solution, but it never came.

"It's a sad day for America," FAA Administrator Randy Babbitt said. Babbitt said he expects a "brain drain" from the furloughed workers, and said airport construction projects will be set back "a season."

"I've been around this business a long time. I've never seen anything like this," Babbitt said. "And I find it appalling, candidly."

FAA workers and aviation industry officials lobbied throughout the past week for Congress to take action. But hope died in stages.

On Monday, the House adjourned after the divisive debt ceiling vote, leaving the Senate with a version of the funding extension bill that it did not like and could not amend.

I've been around this business a long time. I've never seen anything like this
--FAA Administrator Randy Babbitt
RELATED TOPICS

On Tuesday evening, the Senate recessed, without accepting the House version of the bill.

"We're getting ready to leave for a month. We should not shut down the FAA because of a rider put on the extension of the FAA legislation that has not been negotiated," Hutchison said Monday. "It is not honorable for the House to send an extraneous amendment" on a funding extension, she said.

In an interview with CNN, Mica accepted responsibility for initiating the debate, but said it was necessary to stop a stalemate that has caused Congress to fund the FAA since 2007 via a series of 20 funding extensions.

"There's no question that I'm responsible, but I'm also responsible for moving a bill forward," Mica said. "This has been four-and-a-half years, and this is the 21st extension -- years of wasteful spending. Someone has to say, 'No.' No to wasteful spending, no to subsidies of $3,700 per ticket. I sent it (the extension), and they (the Senate) have had this proposal over there, and they sat on it."

In a statement Tuesday night, Mica said: "Apparently, protecting outrageous airline ticket subsidies is more important than putting 4,000 furloughed FAA employees and thousands of airport construction workers across the country back to work."

Republicans and Democrats acknowledge that causes of the stalemate are twofold. Of immediate concern is language in Mica's proposal that would reduce or kill subsidies to rural airports, specifically targeting airports in Nevada, Montana and New Mexico -- three states with Democratic senators.

But a bigger dispute loomed behind the scenes, in a bill that would provide funding for the FAA for several years. That bill would make it easier for airline employees to unionize. Democrats generally have supported unionization efforts, while Republicans have generally opposed them.

The rural airport subsidy program, Reid said, "is a program that I believe in, but I also believe that $3,700 per passenger (in ticket subsidies) is a little extreme, and that's what Ely, Nevada, is."

But shortly after Reid made those comments, Senate staffers said Reid had misspoken and had no intention of supporting Mica's bill.

Later on the Senate floor he bristled while describing Mica's bill. "Republicans have tried to eliminate (rural airport subsidies), and that's the ransom they are asking for," he said.

The FAA says the impasse will prevent the federal government from collecting approximately $200 million a week in airline passenger taxes -- or about $1.2 billion during the congressional recess.