Shapiro: Bygone patriots and the end of political courage

By Walter Shapiro, Special to CNN 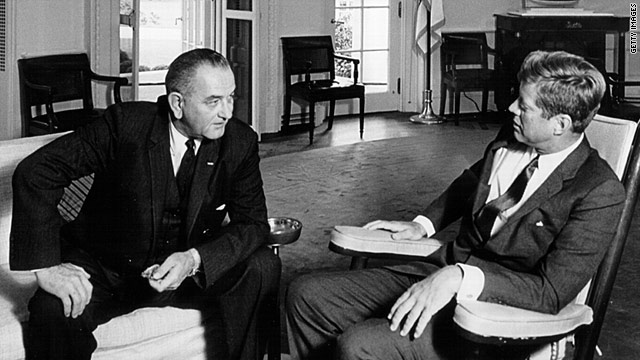 Editor's note: Walter Shapiro, who is covering his ninth presidential campaign, is a special correspondent for The New Republic. You can follow him on Twitter at WalterShapiroPD.

Washington (CNN) -- It is impossible to decide whether to giggle or weep over the debt-ceiling crisis. When it comes to clown-car politics, it is hard to top the temerity of House Republicans now demanding a constitutional amendment as the paltry price for approving government borrowing through the 2012 election.

But it also seems fitting to hang crepe over the Capitol as America faces the risk of becoming the first solvent nation ever to default because of the deadlock of democracy.

The demolition derby on Capitol Hill makes you wonder about political courage -- and why it has vanished from Congress and the White House.

Was the bravery necessary to vote your conscience and to defy the political fates ever really common in Washington? Or maybe the problem is with political ambition itself -- and how hard it has always been for anyone in either party in any era to risk losing the next election.

What is particularly frustrating right now is that both liberals and conservatives who are not in politics understand the contours of compromise on the deficit. But major figures in Washington somehow lack the moxie to play against type and challenge the orthodoxies of party-line politics.

The Washington we dream about

Imagine a prominent Democrat sketching out with precision the long-term benefit cuts needed to prevent Medicare and Social Security from devouring the federal budget. Picture a leading Republican emulating Ronald Reagan by admitting that tax increases have to be part of any long-term plan to stanch the deficit. Envision a senator with national prestige questioning why -- with Osama bin Laden dead and al Qaeda in tatters -- America is permanently obligated to spend more on its military than the rest of the world combined.

Truth-telling like this comes about as naturally to Washington politicians as it does to 9-year-olds with bad report cards. It is so much safer to resort to the shrill language of partisan sound bites with GOP politicians railing against "tax-and-spend Democrats" and their rivals countering with attacks on "irresponsible Republicans."

No one has ever gotten into trouble by telling the interest groups what they want to hear.

No one has ever gotten into trouble by telling the interest groups (anti-tax warriors on the right and Social Security crusaders on the left) what they want to hear.

Barack Obama, in his East Room address Monday night, conjured up bygone patriots "who put country above self and set aside personal grievances for the greater good." The president's rhetoric reflected the familiar notion that while brave statesmen once walked the corridors of Congress, now the nation's elected legislators make the Cowardly Lion seem like a portrait in ferocity.

But were senators and representatives really made of sterner stuff 50 years ago? Or have legislators always been skittish about putting principle over party?

Was it ever really that good?

In truth, there was never a golden age for political bravery in Washington.

The thought of limping back to Muncie as a defeated congressman has always filled legislators with existential dread. John Kennedy wrote "Profiles in Courage," for which he was awarded the 1957 Pulitzer Prize, because gumption seemed so rare in midcentury Washington. Of course, JFK -- who had himself gone AWOL when it came to standing up to Joe McCarthy -- was not in the mood to hand out roses to Republicans like Margaret Chase Smith of Maine who had opposed the witch-hunting, career-destroying excesses of the anti-Communist crusade.

If senators were timid during the 1950s, Kennedy instinctively understood that the rise of television would only make things worse. As he put it, "Our everyday life is becoming so saturated with the tremendous power of mass communications that any unpopular or unorthodox course arouses a storm of protest such as John Quincy Adams -- under attack in 1807 -- could never have envisioned."

This was all long before the hyperactive 24-hour news cycle. Back in the days of crisp white shirts and narrow ties, an outspoken senator who had angered his constituents -- or a powerful interest group such as the AFL-CIO and the Chamber of Commerce -- only had to fear letter-writing campaigns and mass meetings.

Yet even in this conformist Mad Men era, senators and congressmen boasted far more political independence than they do today. Both parties in Congress were broad coalitions with the Democrats, in particular, stretching from Hubert Humphrey liberals to Southern segregationists. Amid this ideological disarray, even masters of arm-twisting like Senate Majority Leader Lyndon Johnson sometimes struggled to enforce party discipline.

It is also worth recalling how amateurish electoral politics were in the 1950s. While some incumbents always ran scared, polling was a luxury mostly reserved for presidential races and the demands of fund-raising involved little more than picking up checks from party loyalists and interest groups.

Where are the free-range legislators?

Today, in contrast, it takes unusual gumption to be a free-range legislator in Washington. Both parties in Congress are narrow ideological groupings with little tolerance for internal dissent. In the House, moderate Republicans have become an extinct species, the political equivalent of the dodo.

It takes unusual gumption to be a free-range legislator in Washington.

But it is more than ideology that explains why Democrats and Republicans alike sound as if they were created in a robotics factory. Campaign consultants routinely lecture party caucuses on Capitol Hill about framing arguments, mastering poll-tested language and practicing message discipline. Senators and congressmen often complain that they are forced to spend half their time making fund-raising calls (even in nonelection years). What this means is that they all know first-hand the potential financial cost of deviating from the party line.

The real damper to dissent on Capitol Hill is that almost everyone in Congress feels vulnerable from either the specter of an expensive primary or general election challenge. Respected veteran GOP senators like Richard Lugar, R-Indiana, and perhaps Orrin Hatch, R-Utah, face the serious risk of not being re-nominated next year. In the last few days, Sarah Palin has used Twitter, Facebook and probably carrier pigeons to threaten the vengeance of the tea party movement on any House Republican who votes to raise the debt ceiling.

With re-districting still incomplete in many states, congressional incumbents are afraid of doing anything to jeopardize their safe seats. Ohio Republican Jim Jordan, who led this week's right-wing revolt against House Speaker John Boehner over the debt ceiling, has already learned the dangers of apostasy. Republicans in the state legislature are talking openly about eliminating Jordan's district as part of a redistricting formula under which Ohio loses two House seats.

When there was courage

Character still counts in Congress -- and there have been, to be sure, occasional bursts of political courage in recent years.

Joe Lieberman, when he was still considered a mainstream Democrat, sparked an uproar in September 1998 when he excoriated Bill Clinton for his "immoral" sexual behavior and demanded "some measure of public rebuke and accountability."

John McCain, when he was still considered a GOP maverick, boldly dissented from conservative orthodoxy in 2001 by voting against the Bush tax cuts on the grounds that America could not afford them.

Any glimmer of a compromise will never make it across the No Man's Land of politics.
RELATED TOPICS

In 2002, even though he faced a difficult Senate re-election campaign in Minnesota, Democrat Paul Wellstone defied all the play-it-safe dictates of politics by voting against the Iraq War. Had Wellstone not died in a plane crash little more than a week before the election, he probably would have demonstrated that you can follow your conscience in politics and still hold onto your seat.

But after each recent election cycle, there seem to be fewer free thinkers on Capitol Hill -- or thinkers of any kind. It is impossible to come up with a contemporary equivalent of Daniel Patrick Moynihan, the Harvard professor who morphed into a four-term New York senator. Why bother to develop intellectual heft when you just need to memorize enough partisan attack lines to carry you through a three-minute interview on cable news? Small wonder that there has not been a single surprising sentence, let alone a full-blown original argument, offered by either side during the debt-ceiling fight.

When it comes to policy, both Democrats and Republicans remain as stubbornly dug in as opposing armies in the trenches of World War I. Any glimmer of a compromise will never make it across the No Man's Land of politics.

Sensible figures in both parties privately understand the folly of the current stalemate -- and how it is risking the economy, the dollar and the credibility of American democracy. But, tragically, no one has the guts to step out of line, defy the partisan talking points and try to do what is right rather than merely politically expedient.

About the only place to find courage in Washington these days is in the card catalogue of the Library of Congress under John Kennedy's name.

The opinions expressed in this commentary are solely those of Walter Shapiro.