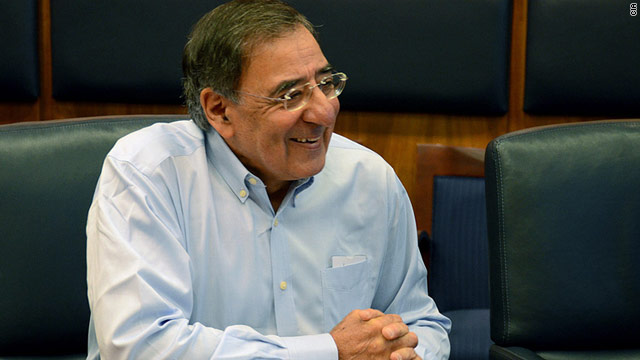 CIA Director Leon Panetta's nomination for defense secretary was approved in the Senate on a 100-0 vote.
STORY HIGHLIGHTS
RELATED TOPICS

Washington (CNN) -- The Senate on Tuesday gave final approval to CIA Director Leon Panetta's nomination to become defense secretary when Robert Gates steps down at the end of June.

Senators from both sides of the aisle offered effusive praise for the 72-year-old nominee, who pledged at the hearing be a "tireless advocate for our troops and their families."

In a statement issued after Tuesday's Senate vote, Panetta said he was honored by both his nomination and the unanimous approval.

"I would like to thank the Senate for the strong vote of confidence," Panetta's statement said. "I pledge to them and to the nation that I will work to ensure that we continue to have the strongest, best-trained and best-equipped military in the world."

Panetta, who took over at the CIA in February 2009, served as chief of staff to President Bill Clinton between 1994 and 1997. Before that, the California Democrat served as director of Clinton's Office of Management and Budget, a position requiring mastery of tricky fiscal situations and an understanding of the federal government's sprawling bureaucracies.