Talking to the Taliban: 'It takes two to tango' 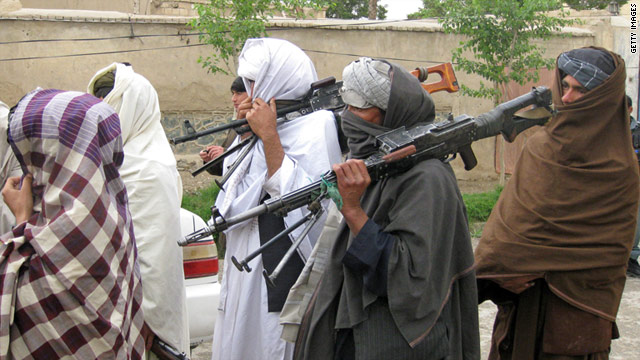 Washington (CNN) -- A day after Defense Secretary Robert Gates said the United States is in preliminary talks with the Taliban in Afghanistan to quell the violence, experts say don't expect miracle results.

Michael O'Hanlon, a national security expert at the nonpartisan Brookings Institution, said negotiating with "Taliban Central" will be difficult, especially because of the hard-core ideology espoused by Taliban leader Mullah Muhammad Omar and the powerful Haqqani network.

"I don't think Mullah Omar is going to do a deal. And he has enough clout that if we can somehow convince him to compromise, that would be wonderful," O'Hanlon said. "But the problem is that leadership is not likely to do a deal because these are pretty hard-core ideologues and there's really no evidence (they're willing to compromise) ... it takes two to tango."

Peter Bergen, CNN national security analyst, notes that trying to negotiate with Omar, aka "The Commander of the Faithful," will be next to impossible.

"The title indicates that Mullah Omar is not just the leader of the Taliban, but also of all Muslims. This suggests that Mullah Omar is not only a religious fanatic, but also a fanatic with significant delusions of grandeur," he wrote in a May 26 CNN.com commentary. "Negotiations with religious fanatics who have delusions of grandeur generally do not go well."

O'Hanlon, who has authored several books on terrorism and Afghanistan, said an effective strategy the U.S. and its allies can employ is reaching out to local insurgents.

The Taliban, after all, is not a centralized group -- but rather is made up of several factions throughout Afghanistan and parts of Pakistan, he said.

"The more likely results over time may be with the local insurgents who were never as ideological and they see that we are willing to be flexible and forgiving and therefore as they also sense that the tide of battle is shifting reassess their goals and their motives -- and therefore their allegiances."

The key to negotiating with the Taliban, an organization that harbored 9/11 mastermind Osama bin Laden and the al Qaeda terrorist network, is to be "fairly unbending on your core principles," he added.

In an interview on CNN's "State of the Union," Gates said that among the conditions required by the United States of the Taliban: complete disassociation from al Qaeda and "meeting the red lines that President (Hamid) Karzai and the coalition have laid down."

But persuading the Taliban to lay down arms will come only if they understand defeat.

"I think that the Taliban have to feel themselves under military pressure and begin to believe that they can't win before they're willing to have a serious conversation," said Gen. George Joulwan, a former NATO supreme allied commander.

"We've all said all along that a political outcome is the way most of these wars end. The question is: when and if they're ready to talk seriously about meeting the red lines that President Karzai and that the coalition have laid down, including totally disavowing al Qaeda."

The Afghan government and the Afghan security forces "have to get their act together and demonstrate that they can really raise the level of their professionalism and really inflict the sort of pressure on the Taliban to make them negotiate in good faith," said Joulwan.

Joulwan knows a thing or two about negotiating with groups like the Taliban. He helped lead successful talks with guerrilla forces in El Salvador during its civil war.

He said that civil wars, including the one in Afghanistan, should end by political means.

"And that's what happened in El Salvador. The difference is, it just isn't the U.S. negotiations that are important, it's what the Afghan government, the Afghan security forces do. That's the credibility that's going to be required in the next months or years to really have an important impact on the outcome of those negotiations," he said.

And part of those negotiations will be agreeing on key social principles.

Human rights groups have questioned the costs of negotiating with the Taliban, which during their rule outlawed education for women and democracy -- rights that Afghanis now have under the Karzai government.

"(The Taliban's practices are) terrible things that need to be corrected. But again, it requires a very proactive, very professional Afghan government and military to do so. We need to work on that," Joulwan said.

Bergen noted that several meetings over the past three years between Afghan officials and Taliban representatives in Mecca and in the Maldives to discuss reconciliation have so far produced a big zero.

"A senior U.S. military officer dismissed these talks as 'reconciliation tourism,' while an Afghan official joked with me that in landlocked Afghanistan, 'Everybody wanted to go to the Maldives for a meeting,' " Bergen wrote.

Audrey Kurth Cronin, a professor at the U.S. National War College in Washington, writes in her book, "How Terrorism Ends," that terrorist movements, such as al Qaeda and the Taliban, are "almost always at their most dangerous just before they die."

"But how terrorist movements end reflects, among other factors, the counterterrorist policies taking against them," she added.

Those policies of taking out the Taliban and al Qaeda -- along with strengthening an Afghan government -- extended over the course of the Bush and Obama administrations.

Gates said that while the U.S. won the Afghan war in 2001-2002, the Iraq war diverted resources "and we basically neglected Afghanistan for several years."

"The reality is the United States had a very limited commitment in Afghanistan until well into 2008. And we didn't have the right strategy and the right resources for this conflict," he said.

In December 2009, President Barack Obama ordered sending an additional 30,000 troops. Since then, the number has grown.

The U.S. policy in Afghanistan for the past 10 years has been centered on both surgical strikes on key terrorist leaders and a campaign to win the hearts and minds of the Afghan people -- including paying Taliban members to defect.

While there will be a withdrawal of some U.S. forces from Afghanistan in July, troop deaths and a general sense of malaise for winning the war has left many politicians on both sides of the aisle in Washington ready to just pull the plug on the mission there.

It's something that's not lost on the outgoing defense secretary.