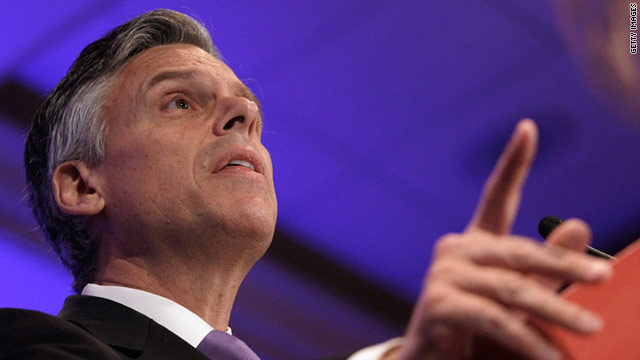 What do you think of Huntsman jumping into the race? Let us know on iReport

(CNN) -- Former Ambassador to China Jon Huntsman will formally announce his bid for the presidency next week at Liberty State Park in New Jersey, with the Statue of Liberty as the backdrop, a Republican source told CNN on Tuesday.

Huntsman was Utah's governor from 2005-2009 before President Barack Obama -- the man Huntsman will be vying to unseat -- appointed him to the top diplomatic post in Beijing. That service, as well as his break with GOP orthodoxy on issues like climate change and civil unions are likely to be fodder for his rivals in the Republican primaries.

He has scrambled to assemble a campaign since returning to the United States at the end of April, making appearances in the early primary states of New Hampshire and South Carolina in May. He has reportedly decided he would skip the Iowa caucuses, the first GOP presidential contest, because of his opposition to ethanol and farm subsidies -- two issues dear to Hawkeye State voters.