For New Hampshire GOP, extremism isn't all that popular

By Charles Perkins, Special to CNN 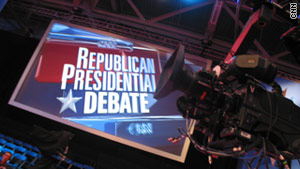 Editor's note: Charles Perkins of North Village Media is the retired executive editor of the New Hampshire Union Leader. CNN hosts the first New Hampshire Republican presidential debate on Monday from Manchester at 8 p.m. ET. Follow all the issues and campaign news leading up to the debate on CNNPolitics.com and @cnnpolitics on Twitter. Watch the debate on CNN TV, CNN .com and mobile devices. And participate with your questions on the live blog on the CNN Political Ticker.

Manchester, New Hampshire (CNN) -- New Hampshire Republicans will not watch Monday night's presidential debate in the same way as typical voters across the country. Any good politician knows this.

The state's traditional blend of fiscal conservatism and social tolerance poses a tricky challenge for the seven GOP candidates onstage at St. Anselm College. Answers that win applause in Iowa living rooms might not work as well in the Granite State.

Discussions of faith, now common in presidential debates, are important to most Republican voters in other early primary and caucus states. But religion is not as central to life in New Hampshire, where social conservatives hold limited sway. A quarter of Granite Staters go to church on a typical Sunday, far below the national average.

This state is one of the few where same-sex marriage is legal. In 2009, when a Democratic Legislature and governor replaced civil unions with same-sex marriage, many local Republicans were angry. Despite a sharp turn to the right in both the state House and Senate in the 2010 elections, quick reversal of the new law has not become a top GOP priority. According to a University of New Hampshire poll in February, 37% of Republicans strongly support repeal. Ending same-sex marriage is extremely important to just 5% of the state's voters.

As a result, questions asked Monday night about divisive social topics may get more attention along Myrtle Beach, South Carolina, than on Hampton Beach. Other issues are more important here.

New Hampshire's reputation as a conservative Republican stronghold is well-deserved. The state's most influential modern governor, Meldrim Thomson, left a tight-fisted legacy of small government that endures more than three decades later. His populist slogan, "Ax the Tax," ensured that the sales and income taxes accepted in most states would remain political poison here for decades.

In this new political climate, issues that matter to libertarians, strict constitutionalists and fiscal conservatives are moving to center stage.

Past attempts to weaken unions went nowhere. But labor now has few Republican friends in New Hampshire. A controversial right-to-work bill, which would make most union membership voluntary, may be passed over Democratic Gov. John Lynch's veto.

Limitations on government are important to many of these new activists. Many embrace the 10th Amendment, which they see as essential protection against a too-powerful federal government. They have no use for "compassionate conservativism," which they see as nothing but big, intrusive bureaucracy.

Eminent domain is another government power distrusted by many of these new conservative activists. A controversial power line proposal that depended on state confiscation of rural land already faced broad opposition, but the new activists' votes may prove decisive in blocking the project.

Questions that touch on some of these issues may seem unusual elsewhere, but not here. The answers will have real impact as New Hampshire's Republicans and independents begin studying the field.

To avoid stumbling here, candidates must remember that the Granite State is changing but it remains unique. Treating its voters like Iowans would be as foolish as confusing ethanol with maple syrup.