Obama urged to reverse policy on no condolence letters for suicides 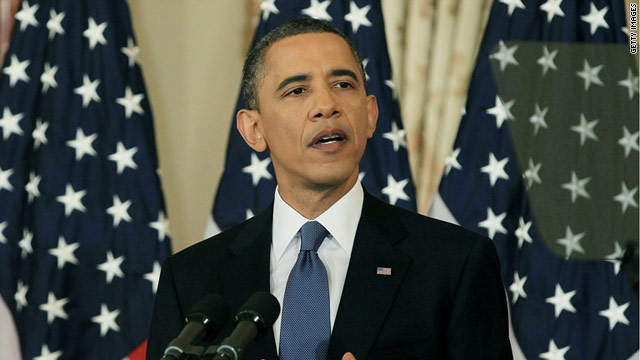 A group of senators is asking President Obama to send condolence letters to families of troops who commit suicide.
STORY HIGHLIGHTS

Washington (CNN) -- A bipartisan group of senators is asking President Barack Obama to change the current "insensitive" policy of not sending condolence letters to families of service members who commit suicide.

A letter signed by 11 senators -- 10 Democrats and one Republican -- and sent Wednesday urges the president to "take immediate steps to reverse the long-standing policy of withholding presidential letters of condolence" to families of troops who killed themselves.

The policy, which goes back several presidents, has been the subject of protest by military families. CNN first reported in 2009 about the family of Spc. Chancellor Keesling, who killed himself while serving in Iraq.

2009: Suicide and the military

Upset when they learned a suicide did not merit a letter from the president, Keesling's father, Gregg, wrote to the president and the Army chief of staff requesting the policy be changed.

"If the president didn't care, the policy would remain unchanged and unexamined," Gibbs said.

Keesling has argued that his son's suicide was a result of what he was exposed to during war and deserves to be considered caused by battle.

The letter to the president this week seeks again to reverse the policy. The senators note that the Pentagon has worked hard to try to eliminate the stigma of mental health injuries and to lower the suicide rate.

A recent report, cited in the letter, noted that every 36 hours a service member kills himself or herself, in the examined period between 2005 and 2009.

"Unfortunately, perpetuating a policy that denies condolence letters to families of service members who die by suicide only serves to reinforce this stigma by overshadowing the contributions of an individual's life with the unfortunate nature of his or her death," the letter says. "It is simply unacceptable for the United States to be sending the message to these families that somehow their loved ones' sacrifices are less important."