Democratic bill to end oil subsidies is defeated in the Senate 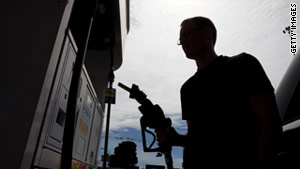 Maine Republican Sen. Susan Collins said the bill, even if it had passed, would not bring down prices at the gas pump.
STORY HIGHLIGHTS
RELATED TOPICS

Washington (CNN) -- On a mostly party-line vote, the Senate on Tuesday defeated a Democratic measure to strip major oil companies of about $20 billion in tax subsidies over the next 10 years and use the savings to pay down the deficit.

Three Democrats and two Republicans crossed sides in the 52-48 vote, preventing the bill from reaching a required 60-vote threshold for passage.

Republicans opposed the measure, arguing the big five oil companies would pass any tax increases to consumers in the form of higher gas prices.

Senate Minority Leader Mitch McConnell, R-Kentucky, said the Democratic bill would "raise the price of gasoline at the pump, export American jobs and make us more dependent on people like (Venezuelan President) Hugo Chavez because the amount of oil we'll have to import will go up."

Senate Majority Leader Harry Reid, D-Nevada, accused Republicans of preferring to "continue subsidizing these wealthy oil executives and oil companies" rather than pay for health and education programs and reduce the debt.

"The bottom line is that there are more responsible ways to spend tens of billions of federal dollars, including investments that will help protect American consumers from high gas prices," said the statement by White House Press Secretary Jay Carney. "The vote today -- with support from over half the U.S. Senate -- is an important step towards repealing these unwarranted subsidies for the oil and gas industry."

The vote was largely symbolic because Democrats knew they had no chance of passing the measure without support from at least seven Republicans.

In the end, Democrats from oil-producing states, including Sens. Mary Landrieu of Louisiana and Mark Begich of Alaska, opposed the bill, along with Democratic Sen. Ben Nelson of Nebraska.

A handful of Republicans -- including conservative Sens. John McCain of Arizona and Mark Kirk of Illinois -- previously expressed openness to the bill but ended up opposing it. The two Republicans who supported the measure were Maine's Olympia Snowe and Susan Collins.

Snowe, who is up for re-election in 2012, said in a statement that it was "difficult to justify oil development incentives given the current level of crude oil prices, and the fact that the U.S. government has to borrow money to pay for these incentives."

If Snowe had joined most of her GOP colleagues in opposing the measure, Democrats were prepared to accuse her of protecting big oil companies while consumers are feeling pain at the pump.

Collins, who also supported the measure, said she had concerns that Democrats pushed the proposal for political reasons.

"I do think that the Democrats are being disingenuous in implying that this is somehow going to have an impact on prices at the pump, because it won't," Collins said. "But it might be good tax policy to reduce the subsidies and use the money for deficit reductions."

Despite the legislative defeat, Reid vowed Tuesday to get the measure included in any debt reduction package Congress is expected to consider in the weeks ahead.

The Senate will vote Wednesday on a Republican proposal to increase the domestic oil supply through new exploration and drilling. It is not expected to get the 60 votes needed to pass, aides from both parties predicted.