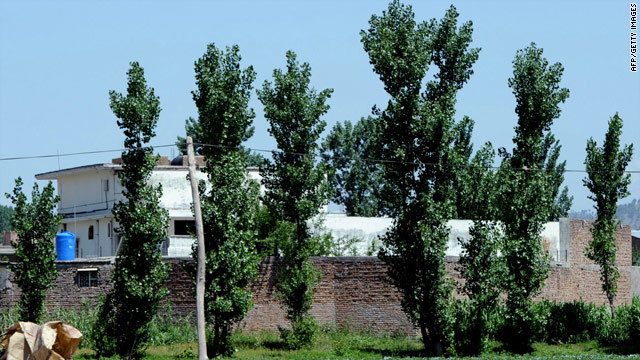 "The American people have a right to know, by law" more about bin Laden's death at his Pakistan compound, Judicial Watch said.
STORY HIGHLIGHTS
RELATED TOPICS

Judicial Watch is asking the Department of Defense to comply with a Freedom of Information request for the material, especially photos of the September 11 mastermind lying dead on the third floor of his Pakistan hideout. The legal complaint to force compliance was made in federal court in Washington on Friday.

The group says it is being "irreparably harmed" by the Obama administration's "unlawful withholding of requested records."

Judicial Watch made its initial request the day after the commando assault by Navy SEALs. A similar request for material was filed against the CIA.

President Barack Obama had announced that the U.S. government would not reveal any photographs of the May 2 military action and bin Laden's subsequent burial at sea. Some members of Congress have been allowed to privately view the materials this week.

Some al Qaeda-affiliated leaders, along with domestic and foreign websites and blogs, have questioned whether bin Laden was really killed and whether the details of his death released by the administration were accurate.

A May 9 letter from the Pentagon to Judicial Watch -- mentioned in the legal complaint -- stated, "At this time, we are unable to make a release determination on your request within the 20-day statutory time period" required by federal law. The legal group had the option of filing an administrative appeal directly with the Defense Department, rather than going for a lawsuit.

"The American people have a right to know, by law, basic information about the killing of Osama bin Laden," Judicial Watch President Tom Fitton said. "Incredibly, the Obama administration told us that it has no plans to comply with the Freedom of Information law, so we must now go to court. President Obama's not wanting to 'spike the football' is not a lawful basis for withholding government documents. This historic lawsuit should remind the Obama administration that it is not above the law."

Obama had barred any public release of photos or video, telling CBS News, "It is important to make sure that very graphic photos of somebody who was shot in the head are not floating around as an incitement to additional violence or as a propaganda tool." He added, "We don't trot this stuff out as trophies. We don't need to spike the football."

Judicial Watch calls itself a "a conservative, nonpartisan educational foundation (promoting) transparency, accountability and integrity in government, politics and the law."