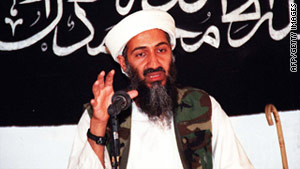 Washington (CNN) -- Members of the Senate Armed Services Committee and the Senate Intelligence Committee, as well as those in the equivalent House committees, will be allowed to view the photographs taken of Osama bin Laden after he was killed, a U.S. official told CNN Tuesday.

The viewings will take place at CIA headquarters in northern Virginia at a time to be decided, the official said.

U.S. Navy SEALs killed the al Qaeda leader last week in an attack on his compound in Abbottabad, Pakistan.

Sen. Dianne Feinstein, D-California, confirmed that the Senate Intelligence Committee and the Senate Armed Services Committee would be give the opportunity.

Who else was in the bin Laden compound?

Asked whether she planned to avail herself of it, she told CNN, "I actually haven't thought much about it, but I likely will."

Feinstein is chairman of the Senate Select Committee on Intelligence.

President Barack Obama decided on Wednesday that he would not release photos of the body.