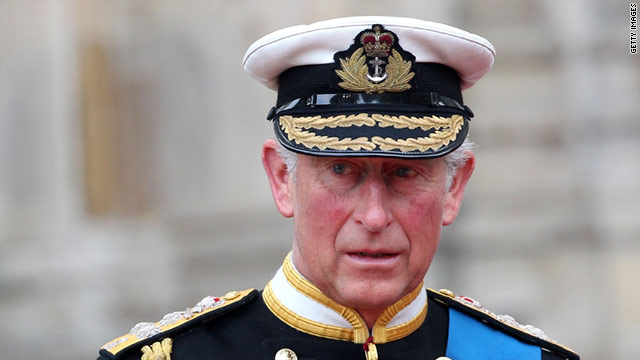 Washington (CNN) -- Residents of the LeDroit Park, a low income area of Washington gathered at the neighborhood farm on Tuesday to meet with British royalty. And, the Prince of Wales was happy to shake hands and talk gardening.

Prince Charles arrived in the U.S. Tuesday afternoon for a three-day visit that includes stops at the Supreme Court, Georgetown University and the White House.

The British Embassy says the visit will highlight environmental sustainability and that's why he stopped by the Common Good City Farm where they grow fruits and vegetables and supply it to the low income residents of the community who can't afford healthy food.

With the tomato plants in the ground and the potatoes already up, many of those residents turned out to see the Prince, take pictures, and congratulate him on the marriage of the Duke and Duchess of Cambridge.

His eldest son Prince William married Catherine Middleton at Westminster Abby on Friday in what has been called the largest celebration in London in decades.

Prince Charles talked irrigation with the farmers, and received from a young girl a bouquet of flowers that were grown on the farm.

Tomorrow, he will give the keynote address at "The Future of Food" conference at Georgetown University on future sustainability of the world's food system and the importance of resiliency of our ecosystem.

Earlier Tuesday, the prince attended a reception at the Supreme Court for Marshall Scholar alumni. The program is funded by the British government to introduce top U.S. college students to British culture.

On Wednesday, Prince Charles will go to the White House to meet with President Obama.