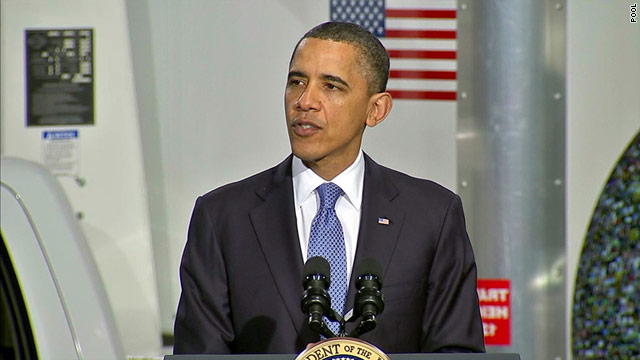 Washington (CNN) -- President Barack Obama has invited congressional leaders for a meeting Tuesday to try to push through a budget deal three days before the deadline to avoid a partial government shutdown, the White House announced Monday.

The meeting comes as Republican and Democratic leaders signaled a continuing stalemate in negotiations on how much to cut government spending for the rest of the current fiscal year, which ends on September 30.

Without a deal by Friday, when the current spending authorization measure expires, parts of the government will shut down.

White House spokesman Jay Carney told reporters Monday that "significant progress" has been made in talks so far, including agreement on a target figure of $33 billion in total spending cuts below current levels.

Republican leaders, however, disagreed that any agreement had been reached on a total figure and said a government shutdown would be because of inaction on the parts of Obama and Democrats.

On Monday night, a senior House Republican leadership aide told CNN that House Speaker John Boehner and other GOP leaders were proposing a one-week extension of the current spending resolution that would avert a shutdown and include spending cuts, while also funding the Department of Defense for the rest of the fiscal year. Another GOP source said the spending cuts could be about $12 billion.

The new extension is "an option" for now, the senior House GOP leadership aide stressed, with no vote on it scheduled by the House. If negotiators come up with a broader agreement, the new House proposal could be amended, the aide said.

Republican leaders previously rejected the possibility of another short-term spending resolution like the ones that have kept the government funded for the first half of fiscal year 2011.

By posting the new short-term proposal on Monday night, House Republicans were ensuring they could act before Friday's expiration of the current spending measure. Under rules adopted in January, bills must be available online for 72 hours before a vote.

An aide to Boehner, speaking on condition of not being identified by name, said Boehner also told House Administration Committee Chairman Dan Lungren, R-California, to issue guidance to all members Tuesday on how the House would operate in the event of a government shutdown.

However, Senate Majority Leader Harry Reid, D-Nevada, said it was Republicans who were refusing to compromise on a bill passed by the GOP-controlled House that would cut $61 billion in discretionary funding.

Democrats consider the House bill draconian, complaining it would cut key programs for continued economic recovery while eliminating funding for others opposed by conservatives, such as Planned Parenthood and National Public Radio.

Reid cited conservatives backed by the Tea Party movement for their unwillingness to work with his side.

"Tea Party Republicans refuse to recognize that their budget is simply an appalling proposal," Reid said of the House bill. "They stomp their feet and call compromise a dirty word and insist on a budget that will hurt America rather than help it."

Carney also called for "solutions that can garner bipartisan support," urging a process "where both sides come together, calmly, willing to jettison their maximalist position because they know they won't get everything they want."

A senior Democratic source with knowledge of the ongoing negotiations said the biggest remaining obstacle to a deal involves whether reductions in mandatory spending programs, known in appropriations parlance as "Changes in Mandatory Spending" or CHIMPS, should be part of spending cuts.

Multiple Democratic sources say they want about half the overall cuts in this spending bill to come from mandatory spending programs, and that they have proposed the necessary reductions in programs at the U.S. Department of Agriculture, the Justice Department, the Treasury and Pell Grants.

Republicans, who want any spending cuts to reflect a reduction in the size of government, note that reducing the spending in mandatory program for one year doesn't prevent the amount from going back to its original level the following year.

"I've made clear that their $33 billion is not enough and many of the cuts that the White House and Senate Democrats are talking about are full of smoke and mirrors," Boehner said Monday.

Other issues being negotiated include the amount of cuts in nonmilitary discretionary spending and so-called "policy riders" sought by Republicans to prevent federal funding of programs they oppose such as Planned Parenthood. Democratic sources also say Republicans are balking at a Democratic proposal to cut $2 billion to $3 billion in military spending.

On Sunday, top senators from both parties said they expected a deal to avoid a government shutdown but made clear that little consensus exists on other looming budget battles.

Reid said on the CBS program "Face the Nation" that Republican negotiators feared a backlash from the conservative Tea Party movement if they meet Democrats halfway on a budget deal.

Because of a surge in conservative support driven by the Tea Party movement, Republicans won control of the House in November and reduced the Democratic majority in the Senate.

Tea Party activists already have criticized Boehner for signaling possible agreement on smaller cuts than called for in the bill passed by the House but rejected by the Senate.

"It's become sadly evident to me, and to the American people, that the White House and Senate Democrats are just not serious yet about enacting real spending cuts," Boehner said in a statement. "And real spending cuts are essential if we're going to create a better environment for job growth in our country."