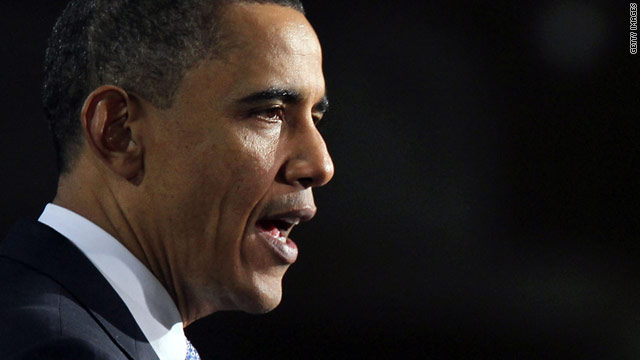 Under the partnership, UPS, AT&T, FedEx, PepsiCo and Verizon will deploy more than 20,000 advanced-technology vehicles designed to reduce the companies' traditional reliance on oil.

The five companies operate five of the nation's 10 largest national fleets, comprising more than 275,000 vehicles in total, according to the White House.

The partnership is part of Obama's plan, announced Wednesday, to reduce U.S. oil imports by a third by 2025.

"As owners of some of our nation's largest private fleets, these companies are leading the way when it comes to building clean fleets, and we need to make sure all our businesses are following their example," Obama told an audience at a UPS facility in Landover, Maryland.

The administration hopes to eventually expand the program to other major private companies.

"If you're a business that needs to transport goods, I'm challenging you to replace your old fleet with a clean energy fleet that's not only good for your bottom line, but good for our economy, good for our country, and good for our planet," the president said.

The Department of Energy will help participating companies replace conventional gasoline and diesel vehicles with advanced-technology vehicles or ones that use alternative fuels such as electricity, natural gas, biodiesel, ethanol, hydrogen or propane, according to the White House.

Participating companies also will be able to make group purchases of advanced vehicles, benefiting smaller companies that join larger ones in buying in bulk, and to collaborate on information-sharing and research initiatives.