Political Circus: No Jane Fonda videos for these congressmen 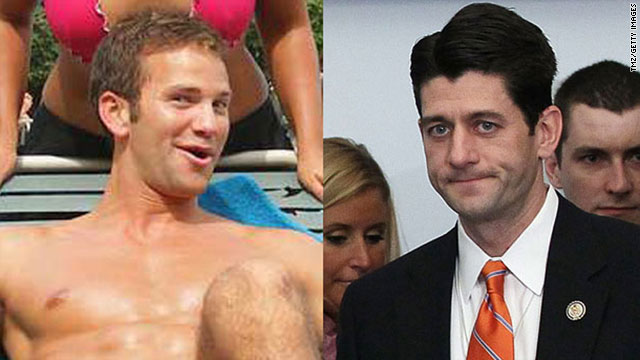 The Wall Street Journal catches up with some congressmen who are trading in weight benches for a DVD workout described as the "most extreme home fitness training program."

"Every morning at 6:30, about a dozen lawmakers on the P90X A-list gather toward one end of the basketball court in the no-frills, slightly stinky House gym, located near the Capitol," writers Elizabeth Williamson and Patrick O'Connor note.

"They drag a series of foam mats behind a makeshift curtain partition, cluster around two TVs on carts and cue up Mr. Horton (the P90X trainer) on DVD. Members of the group change, depending on each lawmaker's schedule, but most regulars are Republicans."

"I thought it looked like some kind of Jane Fonda video ... it kicked my butt," Schock told the paper.

Congress may be swamped these days with budget negotiations, but that is not stopping House Minority Leader Nancy Pelosi this week from taking in all things Grateful Dead.

Pelosi, along with Tipper Gore, headed to the E Street Cinema in Washington for a screening of "The Music Never Stopped" -- a film about "family, healing and the Grateful Dead," the Washington Post's Reliable Source column notes.

All those nights traveling to Delaware aboard Amtrak are finally paying off for Vice President Joe Biden.

On Saturday, officials are naming the newly renovated Wilmington station "The Joseph R. Biden Jr. Railroad Station," according to the Wilmington News Journal.

So which teams have earned the POTUS' approval?

"He says Duke, Kansas, Ohio State and Pittsburgh will make the men's Final Four," according to ESPN. "Obama predicts Baylor, UConn, Stanford and Tennessee will advance in the women's tournament."

"Just interviewed a guy outside State Dept wearing only a jockstrap. (Him, not me.)" -- Washington Post columnist Dana Milbank, courtesy of FishbowlDC

"Yeah, I've got a funky office" -- Texas Gov. Rick Perry told the Dallas Morning News of his office, which is decorated with dead animals on the wall.

"Al Qaeda recently launched its own women's magazine. I bought a copy, and I'll tell you right now, those ankles are totally airbrushed" -- Jimmy Fallon