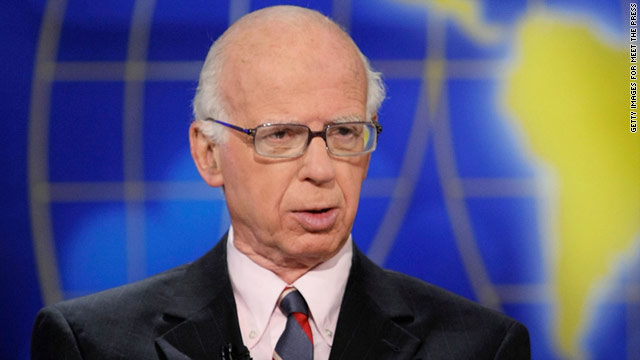 Broder, known as the "dean of the Washington press corps," won the Pulitzer in 1973 for his coverage of the Watergate scandal. He covered every national political convention since 1956, according to the Post.

"David spent his professional life with political leaders at all levels of society, from precinct captains to presidents, on Capitol Hill, and in State Houses and City Halls in all fifty states," Broder's family said in a statement posted on the Post's website.

"His greatest admiration and respect were always for the voters themselves, who would answer a knock on their door, let him into their homes, and share their observations on the issues of the day. Their passion for this country and its possibilities mirrored his own. To the countless thousands who ... inspired his curiosity and informed his reporting, we offer our thanks."

President Barack Obama issued a statement praising Broder's reputation as "the most respected and incisive political commentator of his generation."

"Through all his success, David remained an eminently kind and gracious person, and someone we will dearly miss," the president said.