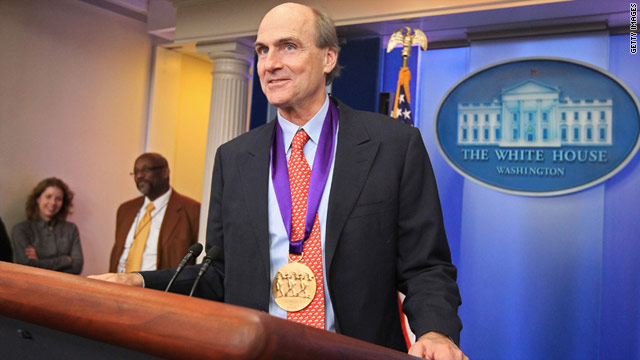 The men and women were selected as the 2010 recipients of the National Medal of Arts and National Humanities Medal.

The arts medal, established in 1984, is meant to honor "outstanding contributions to the excellence, growth, support and availability of the arts," according to the National Endowment for the Arts.

The humanities medal, created in 1997, "honors individuals or groups whose work has deepened the nation's understanding of the humanities, broadened our citizens' engagement with the humanities, or helped preserve and expand Americans' access to important resources in the humanities," according to the National Endowment for the Humanities.

The arts and humanities are what "make the good times worthwhile," Obama said. "Our strength as a people runs deeper than our military might" or economic prowess. "It's also about our values and ideas."