Report: Billions lost on contracts in Iraq and Afghanistan 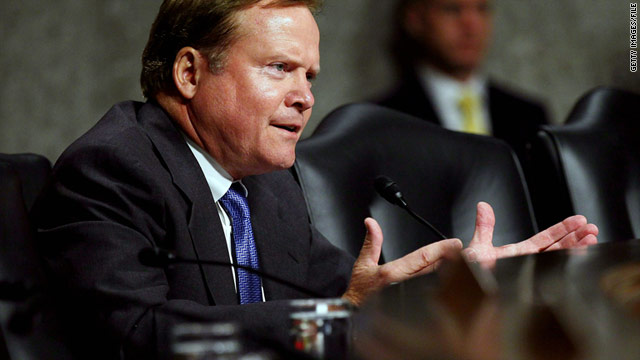 Sen. James Webb, D-Virginia, helped establish the Commission on Wartime Contracting in Iraq and Afghanistan. Among other things, a new report proposes that the government restrict reliance on contractors.
STORY HIGHLIGHTS

Washington (CNN) -- A new report blasts the U.S. government for wasting tens of billions of dollars in Iraq and Afghanistan by relying too much on contractors and doing too little to monitor their performance.

The interim report from the Commission on Wartime Contracting in Iraq and Afghanistan points out that contractors in the war zones sometimes have exceeded the number of military personnel. Numbering 200,000, contractors now roughly match the military force.

"Misspent dollars run into the tens of billions," the report said. The 64-page report was released Thursday and will be followed up next week with a hearing on how to improve contractor accountability.

"War by its nature entails waste. But the scale of the problems in Iraq and Afghanistan also reflects the toxic interplay of huge sums of money pumped into relatively small economies and an unprecedented reliance on contractors," the report said.

Sen. James Webb, D-Virginia, who helped establish the commission three years ago, said Friday that its latest proposals deserve attention from Congress and the Department of Defense and called for a hearing on the matter.

"The report's specific recommendations to address the federal government's overreliance on contractors in Iraq and Afghanistan and failure to control the process underscore the importance of the Commission's charter," Webb said in a prepared statement.

The report repeatedly criticized the federal government for turning to contractors for too many purposes, including monitoring other contractors.

"The government has abdicated its contracting responsibilities -- too often using contractors as the default mechanism, driven by considerations other than whether they provide the best solution, and without consideration for the resources needed to manage them," the report said.

The commission is calling for major reforms to how the government awards and monitors contractors on military, reconstruction and training programs.

"When it comes to oversight of contingency contracting, we've been driving beyond the reach of our headlights," Commission Co-Chairman Michael Thibault said in a statement released with the report. "Reforms are badly needed."

The report says that contractors often face great risks. "Between September 2001 and December 2010, over 2,200 contractor employees of all nationalities have died and over 49,800 were injured in Iraq and Afghanistan," the report says. "These contractors' deaths and injuries should not be ignored, but should be a part of the public debate on the cost of war."

Among the proposals to rein in contractors is the creation of special teams of full-time federal workers to be ready to deploy and monitor projects. The report says the government also should restrict reliance on contractors for security by embedding government workers responsible for command and control and oversight.