Last day on the job for Obama spokesman Gibbs 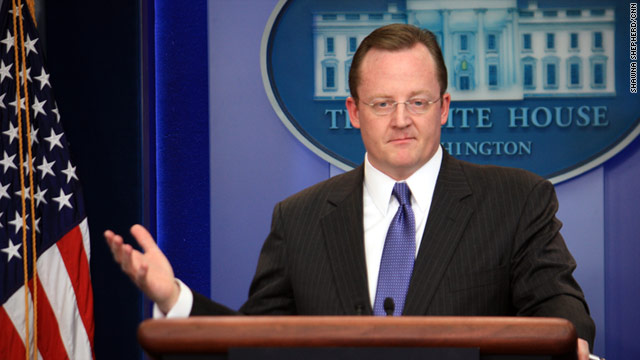 Jay Carney, the current communications director for Vice President Joe Biden, will succeed him at the podium.

Gibbs announced his decision to leave in January.

Gibbs called it a "remarkable privilege" to serve the president. But he said he wants to "step back a little bit and recharge some" after four years of campaigning and a hard-fought first half of the Obama administration -- "probably the busiest years that Washington and the White House have seen in a couple of decades."

Gibbs said he will remain in the Washington area as a pundit, supporting White House positions on cable television and in speeches.

"It's a remarkable privilege. It is in many ways the opportunity of a lifetime," he told reporters at the White House briefing announcing his decision. But he added, "We've been going at this pace for four years."