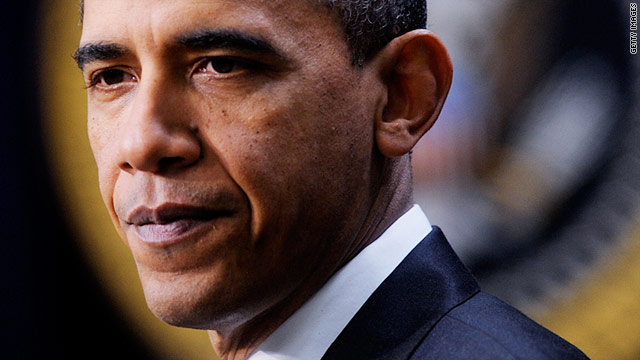 Watch President Obama's speech live at 8 p.m. ET on CNN.com Live. And join Wolf Blitzer and John King on CNN TV, live from Arizona at 8 p.m. ET with the latest developments, reactions and coverage of the memorial service for the victims of Saturday's tragedy in Arizona.

(CNN) -- President Obama on Wednesday will assume the delicate role of comforting a nation still in shock in the aftermath of the Arizona shootings while also transcending the tragedy to move a grieving nation forward.

As difficult and unique as the task may be, Obama needs to look no further than his role model Ronald Reagan and his Democratic predecessor Bill Clinton for a lesson in how to console the country.

Both presidents were praised for the leadership they showed in the aftermath of two domestic disasters -- the Challenger explosion in 1986 and the Oklahoma City bombing in 1995.

Reagan and Clinton each paid tribute to the victims, gave support to the survivors and struck a tone of healing, as Obama will likely do when he speaks at the memorial service at the University of Arizona in Tucson.

Were you affected by the shootings? Share your memories, tributes

The White House hasn't released details of what the president will say except that he will devote most of his remarks to memorializing the victims. A 9-year-old girl, a federal judge and four others were killed in the weekend shooting. Rep. Gabrielle Giffords remains in critical condition after being shot in the head.

"Obama's speech will be a vigil with rhetoric that doesn't soar, but touches the heart," Brinkley said.

Who is Gabrielle Giffords?
RELATED TOPICS

"We want him to be our empathizer-in-chief. He's our representative at the memorial service for how we collectively feel. And that's what powerful rhetoric from presidents can do."

Reagan and Clinton both delivered speeches that were brief yet poignant when they addressed a grieving public.

Reagan encouraged the country to find "the courage to look for the seeds of hope."

In the aftermath of a bombing that killed 168 people, Clinton told mourners, "You have lost too much, but you have not lost everything. And you have certainly not lost America, for we will stand with you for as many tomorrows as it takes."

"If [Obama] can get anywhere near the perfect tone touched after Oklahoma City, the country will be deeply grateful to him," he said.

But whether Obama's speech serves as a pivotal unifying moment in his presidency depends on his ability to put the tragedy in a larger context, said Michael Wagner, a professor in the political science department at the University of Nebraska.

"Typically the shelf life of presidential speeches is pretty short," Wagner said. "On the other hand, he is somebody who ran for office as someone who wanted to change the tone in Washington, so it certainly could galvanize his efforts with respect to that particular goal."

Although there is no indication that the heated political atmosphere played a part in the shooter's motive, lawmakers on both sides of the aisle have called on their colleagues to tone it down.

Goodwill, however, evaporates quickly in politics.

"To expect that this speech is going to change things is a pretty high expectation," Wagner noted.

Jeff Shesol, a Clinton speech writer, said there is a need for the president to be heard in moments such as these. Shesol worked with Clinton on the remarks he gave in the aftermath of the massacre at Columbine High School in 1999, among other speeches.

"You are stopping to reflect on this loss, what has been lost and then all you can do is suggest the possibility of moving on. We are a ways from that moment ... but you can suggest that possibility of transcending this moment and finding some sort of peace in your grief," said Shesol, founding partner of the speech writing and strategy firm West Wing Writers.

Obama began working on his speech Monday night. The president is expected to speak at the memorial service at 6 p.m. local time. While the service is open to the campus and the Tucson community, Obama's words will be heard by the nation.

And no matter what approach he takes, the president can expect his words to be scrutinized.

"It should not have the feel of politics to it at all, but there is no question that these are political moments," Shesol said.