By Drew Westen, Special to CNN 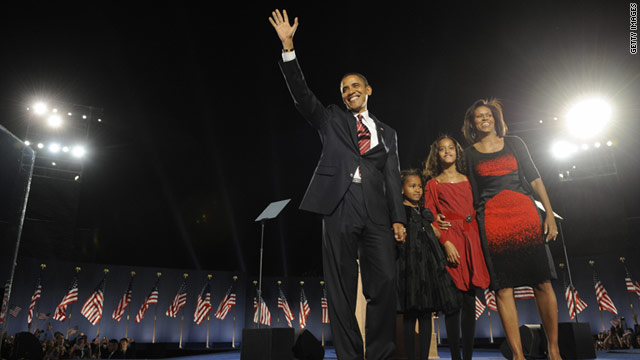 Editor's note: Drew Westen is professor of psychology and psychiatry at Emory University and founder of Westen Strategies, a strategic messaging firm. His is the author of "The Political Brain: The Role of Emotion in Deciding the Nation." He has been a consultant or adviser to several candidates, and he informally advised the Barack Obama campaign in 2008.

Atlanta (CNN) -- About a month ago, the dams finally burst as commentators gave voice to the concern building for some time among everyday Americans: Did we elect a president who just doesn't have what it takes to lead?

The president had just struck what was perhaps the most destructive of his one-sided compromises with the Republicans, agreeing to cut the deficit by requiring "shared sacrifice" from everyone -- seniors, the already-struggling middle class, people who had lost their jobs -- everyone, that is, except millionaires and billionaires, Wall Street speculators and oil companies.

Since then, consumer confidence has plunged by 15 points, swing voters have swung strongly against the president, and even the majority of young people no longer support him. That Obama managed to destroy a generation's enthusiasm for the idea that our leaders might actually help solve our problems is particularly tragic. But it is not surprising.

Young people have become a "lost generation." They can't find their first job and can expect to have lower wages, greater stress levels and poorer health for the rest of their lives, if previous and far less severe recessions are any indication. They came out in record numbers in the last election to vote for a president who has treated them the same way he has treated everyone who gave him their money and effort: as royal subjects who owe him their loyalty regardless of whether he does anything to address their concerns.

Even Democrats are split over the question of what to do about a president who refuses to take a stand on virtually any issue. One day he is talking about the dangers of pollution and climate change, the next, announcing that he is weakening air pollution standards when 75% of Americans want to see those standards strengthened.

It's not just that they're worried Obama might lose. The Republicans seem determined to choose a candidate so far outside the mainstream that Obama might win despite the 9% unemployment rate his administration forecasts will be "the new normal" for years -- as if that's acceptable to the 25 million Americans looking for work.

The equally troubling alternative is that he might win, and we could spend four more years casting about on the high seas with a captain who had never skippered a paddleboat before taking over the helm of the world's largest economy, who believes that leadership means tacking right and left aimlessly without a compass and who thinks that if his ship is repeatedly torpedoed by his enemies, they might stop if he waves the white flag enough. Or, better yet, hoists their flag and repeats their talking points.

As someone who supported Obama in 2008 and helped out in some key moments of his campaign, in a cover story in The New York Times a month ago, I questioned whether he has it in his DNA to lead. The White House in turn sent out talking points to "friendly" journalists, who fanned out to "stand by their man."

Fareed Zakaria wrote four opinion pieces for CNN and an article in Time and delivered a commentary on his television show, "GPS." Jonathan Chait wrote two articles attacking it in New Republic and yet another in this Sunday's New York Times Magazine. Their apology for the president boils down to five arguments.

The first is the "heckuva job, Barry" defense. In an appearance with me on the PBS show "Charlie Rose," Zakaria and Chait suggested that the president has a "remarkable record" of success. As I replied, the 25 million people looking for a job would probably not see it that way. Nor would the millions who have lost their homes as their tax dollars have been used to bail out the banks foreclosing on them.

The second is the "he had 60 votes in the Senate only for a few months" defense. As this story goes, the president had the entire House and a filibuster-proof supermajority in the Senate for only a few months. No matter that he started with approval ratings topping 80% or that he had between 58 and 60 Democrats until he lost Ted Kennedy's seat to Scott Brown in 2010 -- a referendum on his performance, like the "shellacking" Democrats took at the polls nine months later. No matter that, beginning with his first major bill, the stimulus, he began his trademark practice of negotiating away what he wanted before the Republicans even sat down at the table.

Perhaps most problematic for the "Senate made me do it" defense is that George W. Bush pushed through virtually every piece of legislation he proposed without ever having more than 52 senators on his side of the aisle. Like most modern presidents, Bush simply appealed over the heads of members of Congress if they wouldn't move.

Obama's apologists never address why Democrats require 60 votes in the Senate to pass legislation, but Republicans require only 51 -- 50 in the case of the disastrous tax cuts that bankrupted our Treasury in the first place, without which we would never have had a trumped-up budget crisis. They also can't explain events of the past week that have further eroded the president's support: the decision to gut clean air standards and the bleak jobs outlook, which raises the question of why Obama waited two years to "pivot to jobs" when the American people were crystal clear that jobs was job one.

The third is the "naïve critics" defense, which reduces anybody who doesn't see the White House record and strategy as remarkable as "naïve to the workings of government."

As Zakaria put it on "Charlie Rose" when I didn't agree with his assessment of the president, "I'm not going to get into the what-ifs of a professor, you know, who has never run for dogcatcher advising one of the most skillful politicians in the country on how he should have handled this." (Not to be catty, but as far as I know, Fareed shares my inexperience in animal control.)

What led to this rather unprofessional outburst was my explaining that I was actually not a stranger to the workings of the Senate, having been asked by the Senate leadership to serve as a strategist to help pass Wall Street reform, which they did in record time after the disastrous 15-month health care debate.

A fourth attack on critics of the president -- and particularly on his unwillingness to offer a compelling story about what happened to the economy, who crashed it and how he planned to fix it -- has been to parody critics as believing in a "magic wand" theory, in which all Obama needed was to wave a magic wand and give a pretty speech, and the Red Sea would part. According to this argument, there is little one man can do, and the quality of a president's oratory is of little consequence to his leadership.

The argument that great oratorical powers have little or no impact on the course of events would have come as a surprise to Franklin Roosevelt and Ronald Reagan, who both changed American politics for decades with their capacity to reassure the American people and to offer a new vision of government -- in one case of an active government that could make people's lives better and in the other of a bloated government that was picking their pockets.

The "oratory is irrelevant" argument is especially peculiar in the case of Obama, whose soaring oratory is precisely what won him the presidency, particularly in the face of a thin résumé. It would be difficult to argue that candidate Obama would have ever become President Obama had he not delivered his race speech in Philadelphia, which put an end to the Rev. Wright controversy and breathed new life into his campaign.

The final way all the president's men have attempted to address his failures is to label his critics as "liberals." This is perhaps the most egregious defense, because the allegedly liberal apologists of the liberal president know that liberal is a discredited term used by the right to attack its opponents. Zakaria, Chait and others are using the term to evoke the same connotations of "outside the mainstream," "elite" and "out of touch," accusations that have often been leveled against people like them.

In fact, my critique is not from the left but from the center, where America's least ideological voters care most about results. As recent polls have shown, the vast majority of swing voters who once supported Obama are no longer with him, and fewer than one in four Americans support his handling of the economy.

Pink slips do not know partisan bounds. They are as likely to wind up in the hands of Republicans and independents as Democrats. The same is true of foreclosure notices. And sadly, the same is true of toxins in the air we breathe, which do not check our children's party affiliation before poisoning their lungs.

The reality is that if a president requires this many apologies, perhaps his advocates should ask whether it his leadership that is sorry. We can only hope that he does not follow his usual pattern with his jobs speech Thursday night: delivering an eloquent address without an anchoring vision, which tacks right, tacks left but ultimately leads nowhere.

The opinions in this commentary are solely those of Drew Westen.