What if Obama is right about the downgrade?

By Erick Erickson, Special to CNN 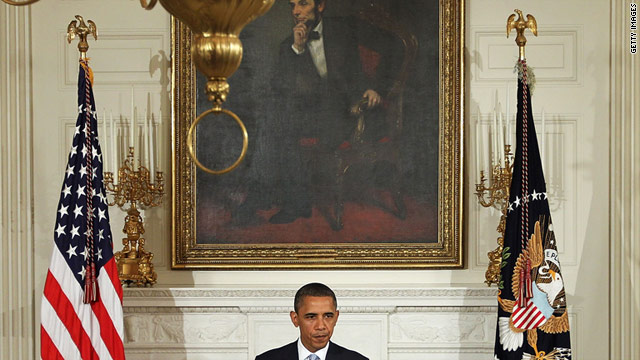 President Obama said the recent downgrade by Standard & Poor's was because it "doubted our political system's ability to act."
STORY HIGHLIGHTS

Editor's note: Erick Erickson is a CNN political analyst and contributor and the managing editor of RedState.com, a conservative website where this commentary was first published.

(CNN) -- Seriously. All you people on left and right, suspend your disbelief for one minute. Seriously.

What if Barack Obama was right and S&P just got it wrong.

Here's what I'm hearing and it gives credence to this theory.

Rumors began to spread on Wall Street about the downgrade on Friday morning. That's why the market was so screwed up on Friday.

By Friday afternoon, the Treasury Department told S&P it had made a $2 trillion math mistake.

S&P's clients had presumably heard the rumor about the possible downgrade. So it would be hard to walk it back now without a major loss of confidence in its credibility.

S&P's clients had presumably heard the rumor about the possible downgrade. So it would be hard to walk it back now without a major loss of confidence in its credibility.

So it had to come up with a different reason.

Acrimony in Washington is nothing new. Despite a lot of rhetoric about compromise this past week, it is a feature, not a bug, of the American system of government. And major debt and growing deficits are nothing new. And they are bipartisan, pre-existing, long term, and long existing problems.

In other words, nothing new.

[Acrimony] is a feature, not a bug, of the American system of government.

But S&P did the downgrade. And by any objective measure, it would need to downgrade France for the very same reasons it gave, but it has not done so yet -- though that may change.

So maybe the White House is right and S&P figured it needed to save face, do the downgrade, and come up with a loosey-goosey reason that both sides could seize on to fight it out while ignoring that S&P just made a major mistake and the country took it on the chin because of that mistake.

Now, to put my partisan hat back on.

If the White House is right and this is what happened, why the hell is David Axelrod out blaming the Tea Party Movement, a movement that at best has the support of a few dozen members of the United States House of Representatives and has only seen those members in office for six months?

That's as irresponsible as S&P, and it also does not compute if S&P is the one that screwed up.

(By the way, to lend further credence to the idea that maybe the White House economic team is right and S&P screwed up, where did investor cash flee to during the market collapse of Friday and now, it seems, again today? Why, U.S. Treasuries, of course.)


The opinions expressed in this commentary are solely those of Erick Erickson.