Prevention the key in new push on HIV/AIDS

By Jonathan Mermin, Special to CNN 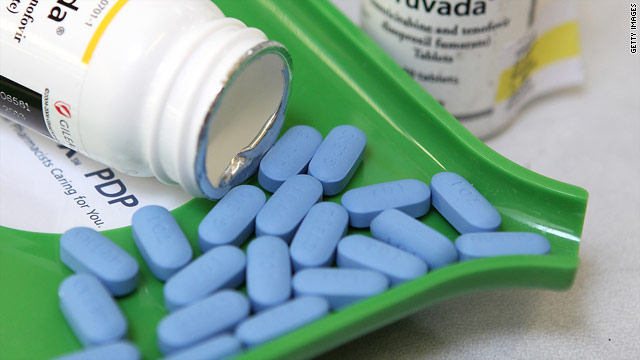 Editor's note: Jonathan Mermin is the director of the U.S. Centers for Disease Control and Prevention Division of HIV/AIDS Prevention

(CNN) -- This week, the U.S. Centers for Disease Control and Prevention reported the latest data on HIV in the United States, and it should give us all pause: 30 years into the epidemic, about 50,000 Americans still become infected with the virus each year.

While that number is far too high, it has remained fairly steady for the past several years, the report found. As more people than ever before are living with HIV, there are more opportunities to transmit the virus. So the "steadiness" of new infections indicates that HIV prevention efforts are helping to avert a resurgence. Given what we know about HIV prevention efforts from the 1980s until today, the situation with HIV in this country could have been far worse than it already is.

But behind the stable number of new infections lies some troubling warning signs. If the number of people living with HIV continues to grow by tens of thousands each year, the stability in new infections will be short-lived.

In fact, the new HIV incidence data show that infections are already rising among one specific group of Americans: gay and bisexual men younger than 30. In this group, there was an alarming 48% increase among young African-American gay and bisexual men. A new generation of men must be reached urgently so that they can learn how to protect themselves from HIV.

Clearly, swift action is also needed to ensure that similar increases do not emerge in other populations. Yet HIV prevention isn't woven into the fabric of our lives as it should be and once was, given that the disease is still incurable and deadly. In fact, studies show that less than half of Americans have ever been tested for HIV.

In the absence of major new resources for HIV prevention, our remaining option is clear: Get more out of every HIV prevention dollar we have.

We have a clear way forward. For the first time, we have a National HIV/AIDS Strategy, led by the White House. It comprehensively addresses HIV prevention, treatment and care. Announced in July 2010, the strategy directs federal, state and local efforts toward the prevention activities that will have the greatest effect. It puts top priority on geographic areas and populations where HIV is most heavily concentrated and emphasizes reducing disparities in HIV that persist among many groups.

To carry out the plan, we have more tools available to prevent HIV than ever. Recent landmark clinical trials by CDC and others have shown that medicines used to treat HIV can also help prevent infection among those who are HIV-negative. And another major study showed that treating HIV-infected individuals early on dramatically reduces the risk of transmitting the virus to others, underscoring the importance of HIV testing, access to care and the effect it can have on reducing the number of new infections.

There are many questions to answer about the real-world use of these approaches -- about cost, feasibility and acceptability. But that doesn't mean the prevention cupboard is bare until we figure it out. Routine HIV testing ensures that people know whether they are infected, so they can take steps to protect themselves and their partners.

Condom distribution programs can help reduce HIV transmission in heavily effected communities. And, behavior-change programs can reduce the frequency of unprotected sex and drug use among people living with or at risk for HIV.

Our task as a nation is to find the best combination of approaches for the populations at greatest risk and deploy them on a scale large enough to achieve greater reductions in new HIV infections -- an approach the CDC calls "high-impact prevention."

The CDC recently took major steps to reach those at greatest risk and bolster prevention efforts in communities where they are most needed with its latest HIV prevention funding opportunity for state and local health departments. This effort is the CDC's single largest investment in HIV prevention, nearly $360 million -- almost half of CDC's HIV prevention budget -- and aims to ensure that HIV prevention resources more closely match the geography of the epidemic. It also provides new guidance on the most effective prevention strategies.

But success against HIV will require more than smart use of financial resources. We also need to overcome complacency about the disease, which surveys show is at an all-time high, since many Americans falsely believe the scourge of the epidemic is behind us.

Thankfully, however, we are seeing growing leadership and momentum behind the response to HIV in many of the communities that are hardest hit, where HIV has unfortunately remained an all too familiar threat. Many African-American and Latino leaders, gay organizations, faith leaders and public officials are beginning to reprioritize efforts to respond to HIV, helping to bring the disease out in the open where it belongs.

As a nation, we must join these leaders to remind all Americans that the epidemic has not left us and that success in ending the worst epidemic of our time will require all of us.

We are at a pivotal point.

With a new national vision guiding HIV prevention and more prevention tools at our disposal than ever before, we hope to mark the beginning of new trend: a diminishing number of HIV infections year after year, and a new era, in which a steady stream of new infections for a preventable and deadly disease is no longer acceptable or inevitable.

The opinions expressed in this commentary are solely those of Jonathan Mermin.